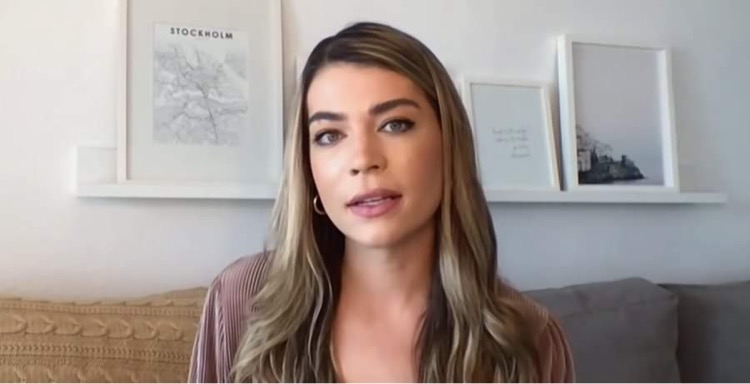 Sarah Trott made a name for herself on The Bachelor. She didn’t leave on good terms with the girls and ultimately couldn’t stay on the show. Since she left, she’s been the center of rumors that she only went on the show to build her brand. Pictured with a man before and after, she was also accused of having a boyfriend when she went on the show.

She has denied that was true through her representation. Trott stated she left the show to be with her ailing father, because it was too hard being away from him. Sarah has continued to post business tips and tricks on TikTok through the whole thing. On her Instagram she didn’t really address the situation. She posted a picture with the caption, “The relationship you have with yourself is the relationship you have with others. Please be kind to yourself; you matter.”

How Did Sarah Trott Transform Into Alexis Rose?

On her TikTok Sarah Trott shared going to see Madi at her house. She went to the Content Creator house and Madi Webb gave her the tour. Madi has over a million TikTok followers. Sarah turned all the comments off on her videos following leaving The Bachelor.

One TikTok user said she thought she looked like Leah Murphy from Grey’s Anatomy. Madi styled Sarah to look like Alexis. Trott worked on her impersonation of the character while Madi did her hair and threw clothes at her. Fans enjoyed Sarah’s transformation.

What Did Fans Think About Her New Look?

Sarah Trott posted the four looks she did as Alexis and so did Madi. She wanted fans to rate which one they liked the best. Some fans asked if Sarah would do the A Little Bit Alexis dance. Madi asked fans if they should post a part three, so there could be more content coming soon.

One fan made Madi mad. She said, “so Sarah went on The Bachelor just to be famous? Pretty clear now.” Madi told them to get off her page. Others weighed in and said they didn’t understand why she went on The Bachelor if she didn’t want to be away from her family. Most likely they are commenting on Madi’s posts because Sarah turned all commenting off on hers. Bachelor nation didn’t care for the way she handled things with Matt James and noted she didn’t seem sincere. Of course, only Sarah herself knows her real feelings and seems to be doing fine.

What do you think about Sarah’s transformation? Do you feel like she looks more like Alexis Rose or Chloe Decker from Lucifer? Comment with your thoughts below.