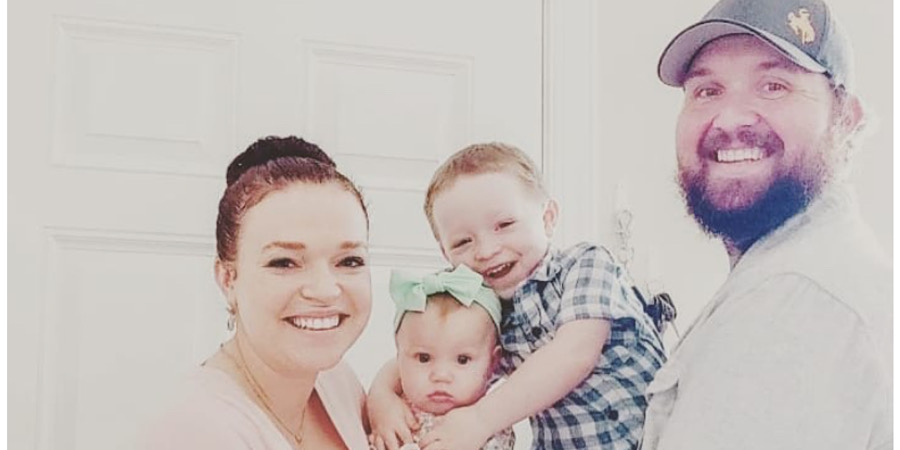 Maddie Brush was the first Sister Wives child to get married. She was also the first to make the Browns grandparents. In a sneak peek from Season 15, which premieres tomorrow night on TLC, the family meets baby Evie. It is Maddie and her husband, Caleb’s second child. Sadly, Evie later had some surgical procedures around her first birthday. Luckily, she is surrounded by love.

Prior to giving birth to Evie, Maddie and Caleb knew there would be some challenges. In utero, it was discovered she was oligodactyly. This means there were fewer than five fingers on her hand. She was ultimately missing a thumb, a toe and two of her fingers were fused together. Additionally, she lacked a calf bone, had fibular aplasia, tibial campomelia and oligosyndactyly (FATCO) syndrome. Unfortunately, the parents would have to wait until Evie turned one. Then, they could work with doctors to come up with a plan to rectify the situation. In the clip, Maddie’s family briefly addresses the need for surgery.

They quickly brush over any issues and focus on how adorable Evie is. She joined brother, Axel who will be four this year. He, too, has been overcoming his own special challenges. A year ago, Maddie found out he had Apraxia.

This means his brain struggled to communicate words and sounds to his mouth. Therefore, his communication skills were lacking. However, through an Instagram post, Maddie shared she found an amazing speech therapist and he has grown by leaps and bounds. It  takes a lot of hard work on her part but she has made it work for the better. This could be why she was so reluctant to want to have more kids when her family suggested it.

The Sister Wives Want More Grandkids and A lot of ‘Grandmas’

Maddie’s family is in adoration of how cute Evie is. They comment on how she needs to keep having children. Caleb says he wants more kids. He desires a large family but Maddie is not so sure about that. She says they can have a big family if he carries the babies. Now, Maddie has four moms so one would wonder what their grandkids would call all of them.

This question is answered when Evie is meeting all of them. Robyn is Bubby. It is a name that just came naturally to her. Christine is Oma as it came from her heritage. Because Janelle is Maddie’s biological mother, she is Grandma. She feels it is just how it works. Meri was not there.

Luckily, Christine’s daughter, Mykelyti is having a baby girl in March so there will be another baby for the family to fawn over. Don’t miss baby Evie when Sister Wives returns tomorrow night at 10 pm on TLC.