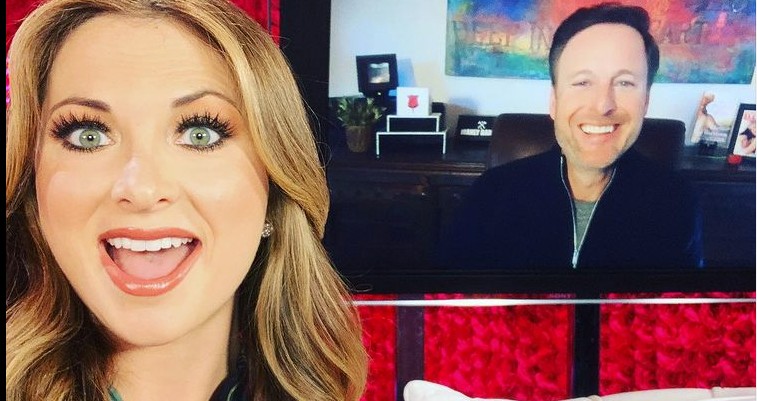 Entertainment Tonight journalist Lauren Zima has broken her silence regarding the controversy surrounding boyfriend Chris Harrison. Bachelor Nation has been split as many take to crucifying Chris for what some are calling racist comments. Those who believe Chris is guilty of remarks defending racism have created a petitionPetition To Fire Chris Harrison Reaches Almost 35K Signatures to have him fired from The Bachelor franchise. Others believe he did nothing wrong and created a petition to make sure he keeps his job. Surely Bachelor fans can agree the show would not be the same without Chris announcing the final rose of the night. Multiple alums have also spoken out condemning the interview Chris had with Rachel Lindsay. Now, Lauren issued a statement on her thoughts regarding comments Chris made.

Lauren Zima speaks out regarding comments made by Chris Harrison

Lauren went to Instagram stories to share her comment on the controversy surrounding Chris. She said, “What Chris said was wrong and disappointing. Defending racism can never happen. Accountability comes first, what’s next is learning and growth.”

So, where does this leave her and Chris in their relationship? Time will tell. 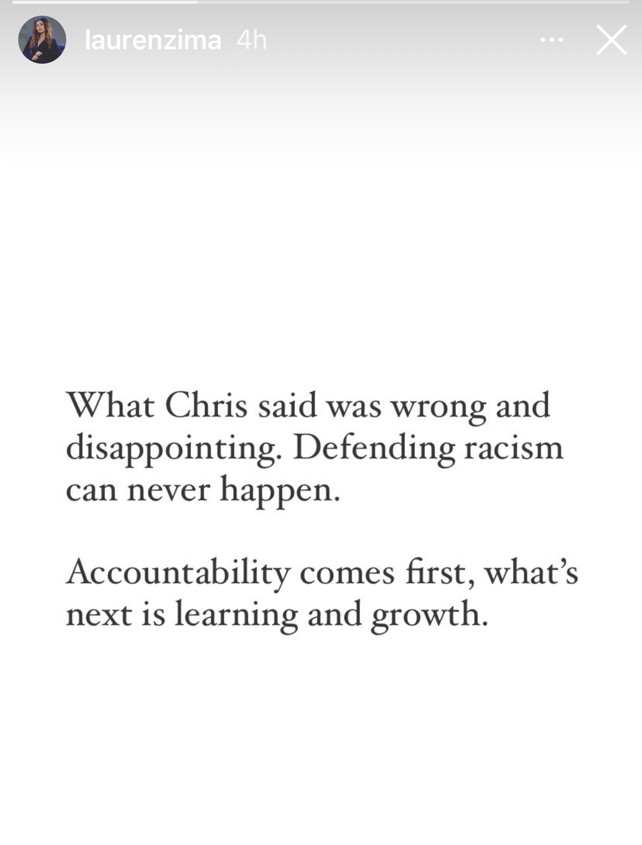 Earlier today Chris went to Instagram to announce he is stepping down for awhile from his Bachelor hosting duties. He said he spoke with production and he will not be hosting the After the Final Rose special for Matt James season. He expressed that he has seen how his words have reportedly hurt others over the past few days. Chris said he is “deeply remorseful” for the pain he has caused.

Chris went on to say he has taught his children to own up to their actions and now he will do the same. He apologized again for hurting members of the Black and BIPOC community. Chris admitted his words were harmful and that he is now listening. He went on saying thank you to those who are helping him on his path to anti-racism.

Chris said, “This historic season of The Bachelor should not be marred or overshadowed by my mistakes or diminished by my actions.” He said he wants to be educated and learn. He vows to be a better man.

The entire thing started when Chris said Rachael Kirkconnell should not be crucified about allegations into her past without giving her a chance to speak out. He said things were different in 2018 then they are now. Rachel Lindsay did not like his responses and Bachelor Nation  jumped into action in an attempt to drag the host down.

What do you think about Lauren’s statement regarding Chris?