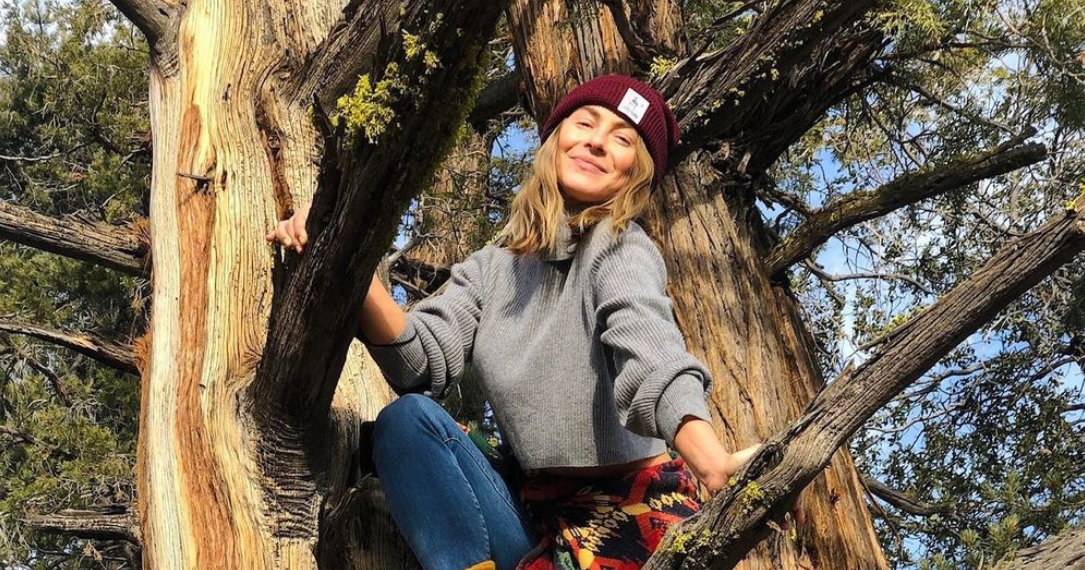 Which Hough sister is which? Dancer Julianne Hough recently posted a fun photo of her mom and three sisters sharing a jacket.

“Sisterhood (+ mama) of the traveling @belladahl jacket! ❤️ We all are OBSESSED with this cozy puffer!” she captioned it. Fans immediately noticed that Julianne and all her sisters look so much alike.

Marianne, the girls’ mother, is at the top left and Julianne is at the top right. From what we gather, the bottom pictures are Katherine, Marabeth, and Sharee. But they look so much alike, it’s a little hard to tell!

“All of you are such beauties. Your family definitely has some good genes 🧬,” commented one fan.

Take a look and let us know if you agree!

Katherine Hough owns a spa, Marabeth is a realtor, and Sharee is a fitness instructor. They all have a passion for fitness and have occasionally appeared in smaller movie roles. The three olders sisters all have children — Sharee even has six! Neither Derek nor Julianne have children yet.

When the Hough parents got divorced, the three older girls stayed with Marianne while Derek and Julianne went to London to live with their father. During their time in Europe, they had amazing opportunities to study dance.

While all the Hough kids are talented, it’s really hard to beat one of Derek and Julianne’s amazing performances!

What Are The Famous Dancers Up To These Days?

Julianne Hough is going through an unfortunate divorce from her husband, Brooks Laich at the moment. Now that her marriage is over, many fans suspect she could be dating again. Fans spotted her grabbing ice cream with her pal, Ben Barnes and the two looked very chummy. However, an inside source confirmed the two are only friends.

Fans saw Derek Hough return to the Dancing With The Stars stage last fall to fill in for Len Goodman. The pandemic made it impossible for Len to travel, so Derek joined the judges’ table. Since the pandemic looks like it could continue into the fall, it’s possible Derek may be a permanent addition to the show. He got a lot of flack this season from fans who think he is too tough. However, he says he just wants to make contestants better. Derek is currently in a serious relationship with fellow dancer, Hayley Erbert.

Did you know Derek and Julianne Hough had other siblings? Are you surprised they all look so much alike? Let us know what you think in the comments.