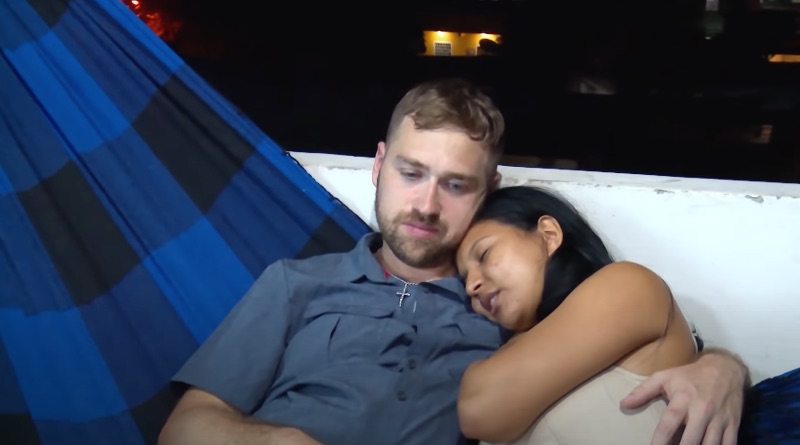 90 Day Fiance husband and wife Paul Staehle and Karine Staehle are in the hot seat after a private video allegedly leaked from their OnlyFans account. Putting yourself out there on the paid platform can definitely boost your wallet. But every once in a while, the paid content finds its way into the hands of fans outside the platform.

Putting yourself out there on OnlyFans can be risky. Even though subscribers pay to see your content, it’s very easy for a paying member to leak content to the world at large. And it seems anyone who has an account on the platform runs the risk of a subscriber leaking content to non-paying people.

Meanwhile, the latest 90 Day Fiance tea points to Karine Staehle and her husband, Paul Staehle. Allegedly, there’s an NSFW video. And stills from the tape make the rounds – allegedly showing Karine doing the deed with her husband. It’s not 100 percent confirmed that it’s the TLC pair. But there’s a resemblance based on what’s leaked so far.

With this alleged 90 Day Fiance leak coming to the surface, there’s a lot of doubt among viewers relating to the authenticity of everything currently making the rounds. For one, Karine Staehle gave birth to her second son on February 5. Normally, new mothers wait anywhere from 8-12 weeks after giving birth to resume intimate activities. And going by that timeline, Karine shouldn’t be getting busy just yet.

Meanwhile, this isn’t the first time there has been speculation that Paul Staehle leaked pics of his 90 Day Fiance wife. Some viewers speculate that old pics are currently in circulation – possibly as a publicity stunt. On top of that, if the person in the pics is indeed Karine, she has solid black hair – and there are no traces of the recent blue dye. In addition, she has visible acne in the leaked pics – which she doesn’t seem to have in current photos.

It’s also possible that this is a stunt to get more of the 90 Day Fiance spotlight. Even though Karine Staehle just had her second baby with Paul Staehle, the pair aren’t currently filming a season for TLC. So this could be a way to grab attention while they’re not in currently-airing content.

This latest 90 Day Fiance leak comes on the heels of Karine Staehle giving birth to her second son. She gave birth to Ethan in Brazil. For a time, there was a lot of uncertainly surrounding where the pair would live. Even though there were plans to come to America and build a life there, Karine was homesick.

Meanwhile, in addition to missing her family members, it’s a lot harder to make ends meet in America. So the pair decided to give living in Brazil another shot. And at least for now, things seem to be going well for the TLC family. Especially as they get used to the newest addition – and Pierre adjusts to being a big brother.