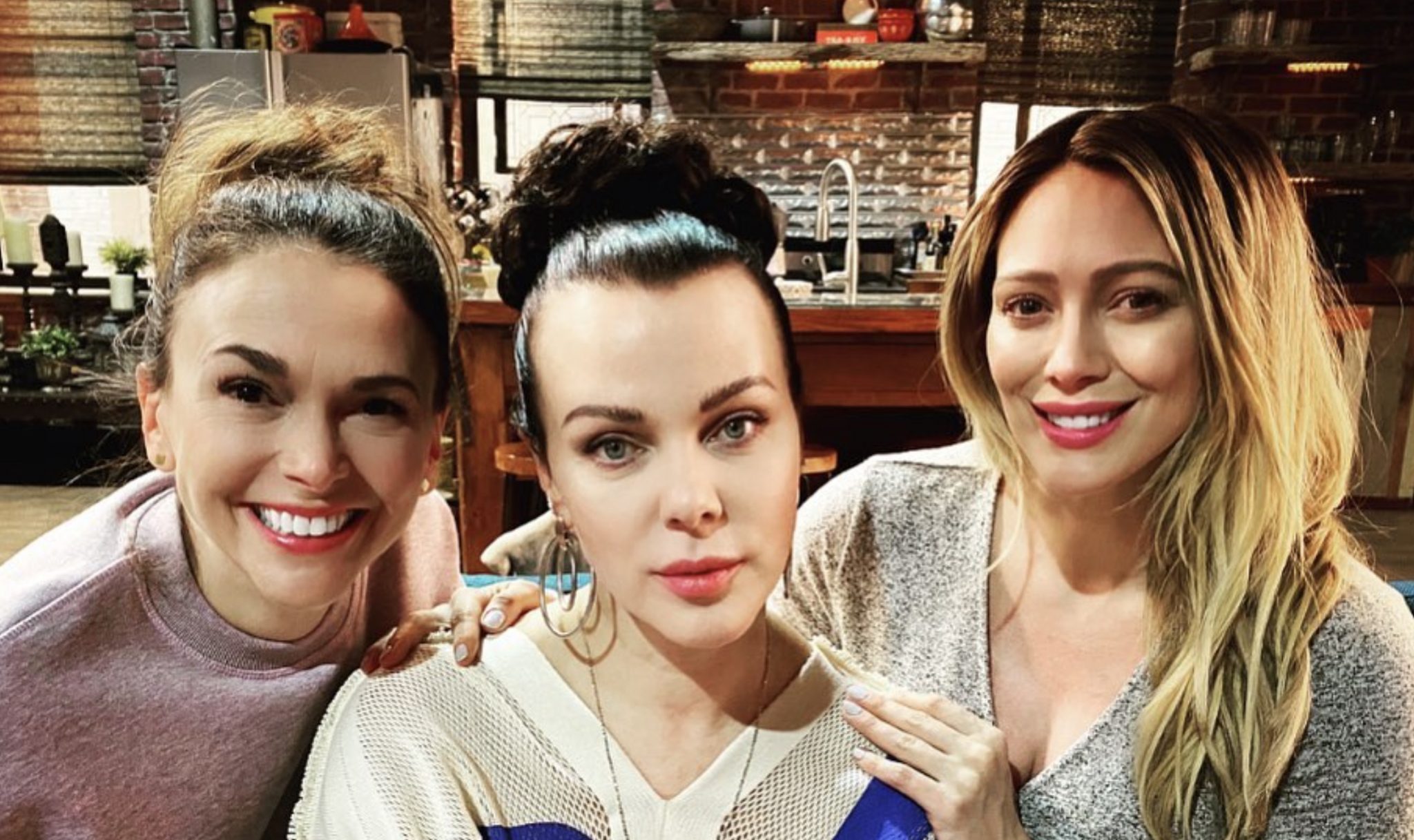 After an eight-month filming delay due to Covid-19, Younger Season 7 is nearly done shooting. Already, the stars are saying goodbye to their roles and to each other. A recent photo of Hilary Duff, Sutton Foster and Debi Mazar confirmed the end.

What do we know about Season 7 and beyond?

After months and months of delays, due to the coronavirus pandemic, Younger has nearly finished filming its last season. Debi Mazar, who plays artist, Maggie Amato, on the TVLand show, posted an Instagram selfie of her, alongside co-stars Sutton Foster (Liza Miller) and Hilary Duff (Kelsey Peters). Mazar wrote to acknowledge that she filmed her last seen with Duff.

Mazar wrote, “If I look sad or shlumpy in this photo,it’s because I am. Last night I filmed my final scene with @hilaryduff after 7 seasons on #YOUNGER !! I adore this woman & I’m so proud of her. Not only is she a FIERCE broad,an amazing mother, but also a generous, seasoned actress with a wicked sense of humor. Hilary was brave enough to finish out this season in NYC (she’s a Los Angeles gal) during a pandemic,and VERY pregnant!!! Congratulations on your wrap! 🎥 🎬
Thanks for the laughs and the love Hil. It’s been great!See you soon💋💯❤️💥 #hotmamma..I still get a little more time with @suttonlenore 🎬🙏🏻💃🏻💃🏻 @youngertv.”

There are still some scenes that Debi and Sutton need to finish up, but the series is nearly done filming. This has to be a huge relief. But, is it really the end?

Will Younger Season 7 really be the end of the TVLand series? It seems clear that this is the end of Liza’s story. Sutton Foster has already shared on her Instagram Stories that she will “miss” playing Liza. Her story is over. But will the show be totally over?

We don’t know. TV Land has not made the end of the series official. However, there are rumors of a Younger spinoff starring Hilary Duff. Ironically, on Thursday, Duff shared on her own Instagram story that she stayed one extra day to film. She did this on her own. Did she film her transition from Younger to Younger spinoff? Could she have filmed some scenes that will reveal what is next? Perhaps. It does seem that the show is not quite ready to end.

Moreover, Younger’s own Josh, Nico Tortorella, believes the show will continue to evolve. A few months back, he spoke with Digital Spy, and discussed his feelings about the show ending. He discussed the end of Liza’s story, which is intertwined with Josh’s story. “I don’t think the universe of Younger is dead, but potentially this specific storyline is.”

Who Does Liza Choose?

Liza’s story will be ending in Season 7. This means the love triangle will finally be foresolved. For many seasons now, Younger fans have been battling it out. There is a huge divide between #TeamJosh and #TeamCharles.

It is likely that fans will not know who Liza chooses until the bitter end.

When Will Younger Season 7 Premiere?

When will TVLand premiere Younger Season 7? Although some sources have published June 2021 air dates, the network has yet to announce a premiere date or schedule.

As they have nearly finished now, Executive Producer Darren Star and his talented team need to do post-production. The music and stylized edits, that are done in post, is where so much of the show’s pizzaz comes from.

Although the show has traditionally premiered in June, the past year has thrown the television world in a loop. Barring any further delays, we could very well see a spring premiere date. If there should be a Younger spinoff, they may need to prepare that as well.

In addition, Netflix has given Darren Star the ok to film Emily In Paris Season 2, and HBO the limited Sex and The City revival. We will see how well he manages to juggle all of those plates!

Right now, fans have got to be so happy that they have nearly finished filming. They have waited a very long time for the end. And the end is near.