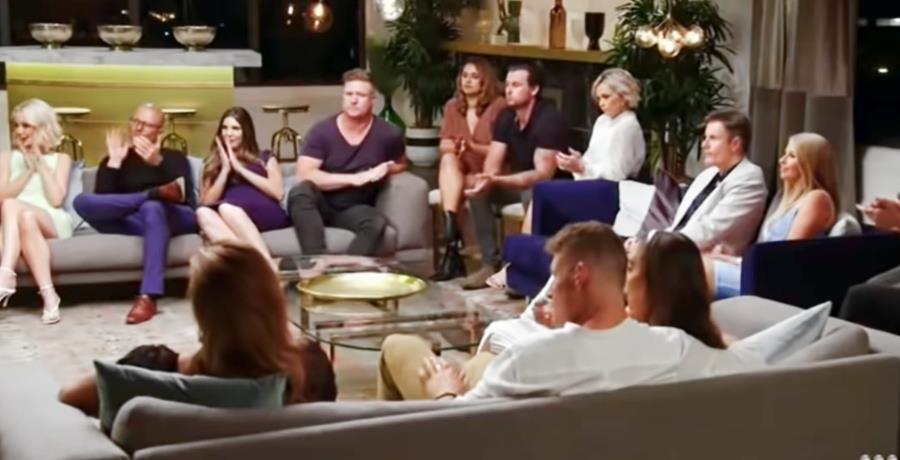 Have you been binging Married At First Sight Australia during lockdown? If so, you’re probably curious which couples are still together, and which ones called it quits. Keep reading to get the answers you seek! Spoilers are coming, so this is your warning.

First of all, fans should probably know that they filmed MAFSA in 2019. So there has been lots of time for couples to break up. It’s been a fun ride watching all these couples get married and then get to know one another. But as most fans know, relationships take a lot of hard work. Someone really has to know a person to make a marriage last. And that’s why MAFSA fans probably won’t be super shocked to find out that not many couples are still together today.

The experts when people call each other names “I can’t believe it, that’s a break in the relationship”

Married At First Sight Australia: Who Split Up?

MAFSA fans probably won’t be shocked to find out that Sam Ball and Elizabeth Sobinoff aren’t together. They went through so much drama, and Sam was definitely much more interested in Ines than his wife. Lizzie dated Seb Guilhaus but they recently split up as well.

Cyrell Jimenez and Nic Jovanovic aren’t together today either. But those who Love Island, will probably be interested to know that Cyrell and Eden Dally have a child together.

Married At First Sight Australia fans became very invested in Lauren Huntriss and Matthew Bennett’s storyline. Matthew lost his virginity to Lauren, but things got awkward very quickly. Matthew actually told the other guys he wasn’t into Lauren and that kind of sealed the deal. We aren’t sure what Lauren is up to these days, but Matthew does have a new girlfriend.

Mike Gunner and Heidi Latcham couldn’t make it work either. They announced their breakup during the reunion special and haven’t exactly been speaking.

MAFSA fans believe that Melissa Lucarelli and Dino Hira were the worst couple on the show. They broke up on the show and never got back together.

Fans watched Ning Surasiang and Mark Scrivens break up during the show, and they also never got back together. They’ve both moved on with other people.

Susie Bradley and Billy Vincent split just before the final commitment ceremony. Susie married someone else and they are expecting a baby. Billy is single.

Ines Basic and Bronson Norrish never had a prayer. And no, they’re not together. Bronson has a new girlfriend and Ines is single.

Jessika Power and Mick Gould definitely did not survive. Neither did Jessika’s affair with Dan Webb, in case you were wondering.

Dan Webb and Tamara Joy’s relationship fell apart due to Jessika’s meddling. No, they aren’t together. Tamara may or may not be dating Mick Gould, though.

So Who Is Still Together?

There is some good news — the show wasn’t a total bust! Married At First Sight Australia fans will be pleased to know that two couples are still together.

Martha Kalifatidis and Michael Brunelli never had much drama, so they’re still together today. Cam Merchant and Jules Robinson are also still together and now have a baby together.

So there you have it! Are you surprised by any of these? Let us know in the comments.