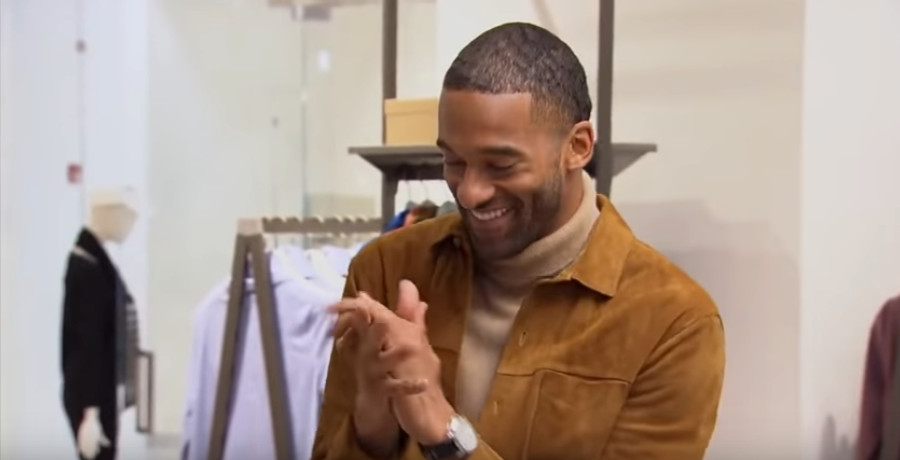 Bachelor star Matt James has gone from sliding into DMs to having famous female celebs slide into his. A Reddit user posted screengrabs of Matt James sliding into a TikTokers DMs back before he was looking for love on reality TV.

The DMs between Matt James and the TikTok user are pretty tame, but has Matt James gotten some rather wild DMs since he’s been on the ABC show?

Now that the bullies are gone from the Bachelor resort, things are getting real between Matt James and his contestants. So, he’s been working overtime to promote the show and get it out of its ratings slump.

Along with Summer House’s Lindsay Hubbard, he was the guest of the hour on Watch What Happens Live earlier this week. Host Andy Cohen had a lot of questions for Matt James. But he also wanted the two reality stars to loosen up and have fun. Matt James and Lindsay Hubbard played a round of “Truth or Drink.”

The Bachelor lead was willing to give the truth about an embarrassing situation male Bachelor Nation stars deal with. But when it came time to reveal how much he really liked “Queen” Victoria, he took a big chug of his drink.

A question at the end of the game caused Matt to take an even BIGGER drink to get out of answering. The Bravo host extraordinaire asked him if any female celebs have slid into his DMs. Matt James faked everyone out by starting to say “Yeah, she was on that… oh….” before he swerved by taking a drink. As he was downing the drink, Andy Cohen said, “It was Gigi Hadid, wasn’t it?”

The question took Matt James by surprise and he almost spit out his drink. It seems he’s not ready to DM-and-tell just yet.

Matt James was forthcoming about many other aspects of his life. He gave viewers at home an unnecessary and gross look at the bunions on his feet. Andy Cohen had mentioned a lot of viewers had foot fetishes and Matt James said doesn’t like showing people his feet. Except to millions of viewers at home, Andy joked.

Another question Andy asked was what turns Matt James off the most. The Bachelor ladies better stock up on some gum. “Bad breath” was Matt James’ main turn-off, followed by a “stinky attitude.”

The “stinky attitude” isn’t the reason why he sent Katie Thurston home last week, though. He had nothing but praise for the fan-favorite.

Katie Thurston Has Matt James’ Support as Next Bachelorette

Since Season 25 of The Bachelor premiered last month, fans have been rooting for ABC to choose either Katie or Abigail Heringer for Season 17 of The Bachelorette. Spoiler maven Reality Steve has his money on Katie Thurston. Matt James is down with that idea.

Andy Cohen asked him what he thinks of Katie as the lead of her own season. People reports that in Matt’s opinion, Katie is the kind of “bold” woman that The Bachelorette needs.

Fans will have to wait a few more weeks to see if Reality Steve’s predictions come true or not.

A new episode of The Bachelor airs every Monday on ABC.

Join our Bachelor Nation Facebook group for more news about the franchise.

Dogs Only? Adam Busby Reveals Why His Girls Don’t Have A Cat
Todd Chrisley Admits His Wife Julie Has Way More Class Than He Does
‘B&B’ Spoilers: Steffy And Brooke Battling Over Forrester Again?
Chase Chrisley’s Girlfriend Emmy Medders Stuns In Sexy Black Bikini
YUCK!! What Has Savannah Chrisley Done To Her Face?!