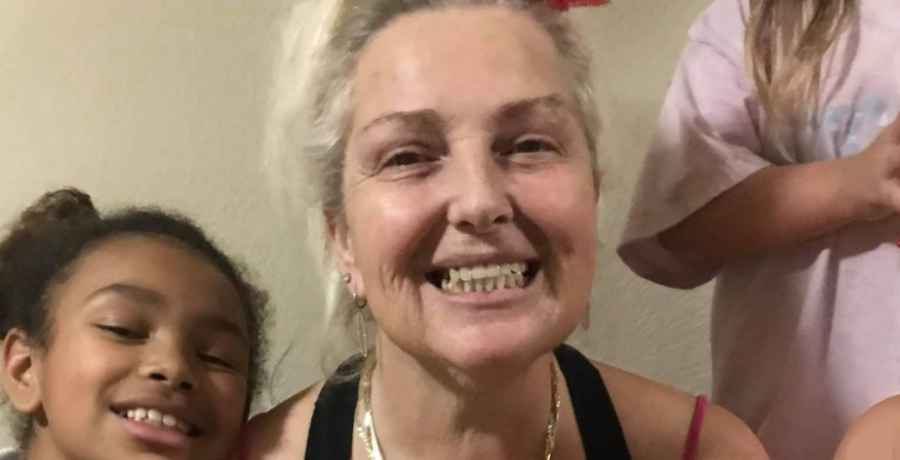 Former 90 Day Fiance: Happily Ever After? star Angela Deem is having a great time right now. While she is apart from her Nigerian husband, Michael Ilesanmi, this hasn’t stopped this popular meemaw from having fun. Angela has lost a considerable amount of weight and is looking young and gorgeous. This is especially so from when she gate-crashed her granddaughter’s TikTok dancing video. This 55-year-old grandmother looks more like her granddaughter’s mom these days!

When Angela Deem appeared on the 90 Day Fiance: Happily Ever After? Tell-All she told host Shaun Robinson that she has gained 20 pounds during the coronavirus pandemic. At that stage, she hinted at having a weight-loss surgery to lose around 100 pounds.

Her hubby, Michael, was not impressed by this statement for two reasons. One, he loves her the way she is, and two, it is always risky to have surgery. Despite this, it pretty much looks like she has done just that and fans have seen a trim figure on recent Instagram posts.

Speculation among her fans is that Angela didn’t just have the weight-loss surgery, but possibly had a breast reduction too. So much so, they are worried about where she will store her cigarettes and keys in the future!

Whatever she has done, it seems to have worked in her favor. When she shares images of her new, slimmer look, fans do nothing but compliment her.

Angela Deem and her family

Since Angela started her weight-loss journey, things have never been better for this fan-favorite grandmother. She gets to spend plenty of time with her lovely grandkids and has fun playing around with them.

In a recent TikTok video, we can see her granddaughter, London, cutely dancing and miming to Becky G’s song, Shower. But who is that in the background? It’s Angela, making the exact same moves. She looks gorgeous in an off-shoulder maxi dress and mimes to the song’s lyrics, “I always seem to smile.” The video was reposted by the Instagram fan page 90 Day Fiance Now on Instagram while captioning it “Dancing with Meemaw!!!” Enjoy the video clip below.

As with Angela’s own posts, fans complimented her new look. One wrote, “So sweet, and look at how much weight you’ve lost!!!” Another fan commented, “Angela looks great,” while another wrote, “Aw Aw beautiful grandbaby and meemaw.”

As noted by Screen Rant, if Angela did undergo bariatric surgery to lose weight, she is likely to lose more in the coming months. Reportedly, the surgery doesn’t own help with losing weight, but also relieves depression and joint pain. It is even said that the treatment can improve fertility. This might be good news for her husband, Michael, who is still longing to have a child with Angela.

Fans will be able to laugh at Angela on the new discovery+ spinoff, 90 Day Fiance: Love Games. The show appropriately drops on Sunday, February 14 for Valentine’s Day.