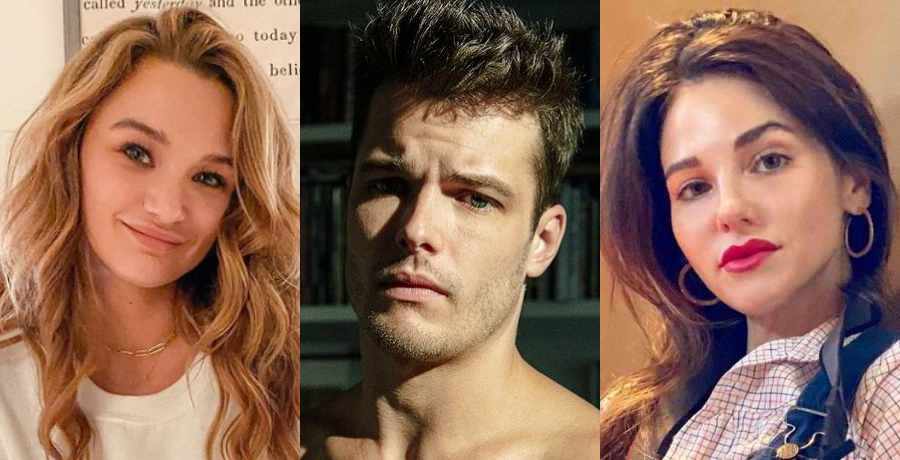 The drama between Summer (Hunter King) and Kyle (Michael Mealor) will continue following recent revelations on The Young and the Restless. As the storyline grows, more about Kyle’s relationship with a married woman named Tara in New York will come to light. Meanwhile, actress Rebekah Graf, will be joining the soap soon in a recurring role.

The Young and the Restless drama for Summer and Kyle

As The Young and the Restless fans know, Wednesday’s episode saw Summer (Hunter King) and Kyle (Michael Mealor) at the Abbott residence. After he ensures they are alone, Kyle tells Summer that after they broke up, he visited New York. While in the Big Apple, he got involved with a married woman named Tara. Meanwhile, Tara’s husband is Ashland Locke, a powerful older businessman with a reputation for getting revenge on anyone who wrongs him. Meanwhile, Kyle may have fathered Tara’s three-year-old son, Harrison.

Sally Spectra (Courtney Hope) and Theo (Tyler Johnson) had uncovered the fact Kyle was the man involved with Tara. They broke the news to Kyle that he fathered a child and are holding this knowledge over his head. Kyle and Tara had covered their tracks. However, her husband could come after Kyle and his family should he learn the truth. Kyle tells Summer there is nothing they can do about this.

Meanwhile, Kyle figures Sally could ruin her own career if she made this news public. As for Summer, she is furious and wants to attack Sally. Spoilers point to Summer receiving an eerie warning in coming episodes of The Young and the Restless.

In Wednesday’s episode of The Young and the Restless, Nick (Joshua Morrow) asks Phyllis (Michelle Stafford) what is going on with Summer. She explains how dangerous Sally is but doesn’t want to overreact. Phyllis believes Sally is thirsty for attention and is jealous of Summer, but Nick believes she can handle herself. Just as she describes Sally as a snake, she walks in and starts complimenting Nick.

When Sally leaves, Phyllis vows that she will regret it if she does anything to hurt Summer. Meanwhile, when Kyle and Summer come in and her parents ask why they ran off, they insist nothing is wrong. Poor Phyllis has no idea what is coming on the popular soap, but she is determined to find out what is happening.

New casting for The Young and the Restless

Fans will get to meet the mysterious Tara on February 23, in the form of actress Rebekah Graf. As noted by Soap Opera Digest, the actress joins The Young and the Restless in a recurring role. Rebekah is known for her role in Capsized and is starring in the new CW series, Walker alongside Jared Padalecki. However, she is best known for playing Heather Locklear in the 2018 biopic The Dirt.

Keep up with the drama on The Young and the Restless weekdays on CBS.