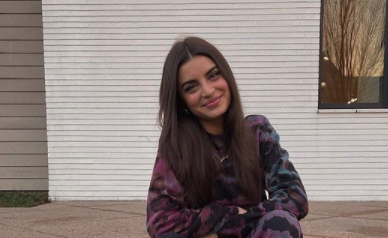 The Bachelor contestant Rachael Kirkconnell has been under scrutiny for weeks. The contestant went to a southern themed party back in 2018 and fans are now accusing her of racism. Reality Steve says Rachael has made a statement but ABC  has rejected it.

‘The Bachelor’ Rachael tries to make a statement

Rachael has been a front runner on The Bachelor this entire time. But, her past is coming back to haunt her. After numerous accusations have arisen of her being a racist, she has finally decided to address it. But, it seems that she isn’t being listened to by ABC.

“Here’s the latest: I’ve been told that Rachael’s statement has been rejected by ABC. This has been going on too long for her not to say anything. It’s only gotten worse. Chris said something in 24 hrs. She’s listening to people she shouldn’t be. (Cont)…,” Reality Steve starts his tweet chain.

He continues saying that they can’t control her personal social media accounts.

“My opinion is screw them, post the statement, & let them dare say she violated some contract, which she wouldn’t be doing. You can speak for yourself on your own social media accounts. But for whatever reason, they won’t let her and she’s obliging,” he adds.

Here’s the latest: I’ve been told that Rachael’s statement has been rejected by ABC. This has been going on too long for her not to say anything. It’s only gotten worse. Chris said something in 24 hrs. She’s listening to people she shouldn’t be. (Cont)…

In the comments, fans are going crazy. Especially because it’s been so long and she is just now even trying to make a statement.

“Woo…chile. Dis messy! She should have said something long before now. It’s been almost a month sis. At this point idk how receptive many people would even be to whatever statement she would even give,” one person writes.

Other people are on Rachael’s side though.

“I’m about over this show and that says a lot bc I’ve watched this from season 1! This is just ridiculous. Why are they censoring her statement? Just let her speak! Better yet, Rachel say screw them and releases it anyways! Chris made this so much worse with his interview,” another writes.

Apparently, Chris Harrison did an interview with Rachel Linsday that went less than smoothly involving the whole thing.

“I haven’t talked to Rachael about it,” Chris says. “We all need to have a little grace, a little understanding, a little compassion. Because I have seen some stuff online — this judge, jury, executioner thing where people are just tearing this girl’s life apart and diving into, like, her parents, her parents’ voting record. It’s unbelievably alarming to watch this. I haven’t heard Rachael speak on this yet. Until I actually hear this woman have a chance to speak, who am I to say any of this? I saw a picture of her at a sorority party five years ago and that’s it.”

Now that he has said that, the station is denying actually letting her speak.

Do you think Rachael waited too long for her Bachelor apology? Or, are you mad at ABC for censoring? Let us know in the comments below. Come back to TV Shows Ace for more Bachelor Nation news.