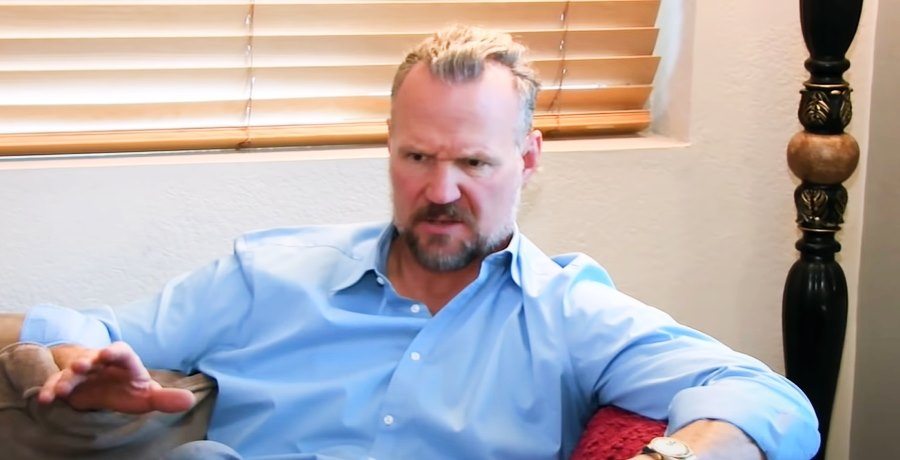 It is almost time for a new season of Sister Wives. Along with that always comes a bit of drama. It turns out that in the past Kody Brown even shared that he feels like the series is “controversial.” In the book Becoming Sister Wives, Kody talked about how the show came about. He simply started out the book talking about how he didn’t really belong when his show was announced. Sister Wives was the first show of its kind to hit networks. It wasn’t something anyone was expecting to see on network television. Kody admits he had no idea how everyone would react including critics and the viewers of the show.

Kody Brown talks about the controversy

In the book, Kody Brown opens up about how his family isn’t the normal traditional family. He is married to four wives. Kody admits when it was being revealed at a press tour he was really nervous. Kody Brown took a stand for what he thinks is right by putting his family on television. This is not something that many people living a polygamist lifestyle would be willing to do. A lot of them actually keep their families a secret. Kody Brown and his wives made it where their children never had do to that again. It may be a bit controversial, but they are living their life in the open.

The first person that Kody Brown explained that day about his show to was someone doing his makeup. It shocked them as he explained his show was about being a polygamist. This reality series put the entire Brown family at risk to the point that they ended up moving out of Utah in the middle of the night. They finally landed in Las Vegas, but then moved again since then to Flagstaff, Arizona. A lot of the family would like to end up back in Utah at some point.

When you hear about polygamy, a lot of people think the worst. They think of negative stories in the news about the FLDS and people like Warren Jeffs. Kody Brown makes it clear his family doesn’t live their life that way. Instead, it is all about loving each other and living the way that they think God thinks they should. They do it even if the rest of the world doesn’t agree with their choices. Their reality show Sister Wives is helping others to understand their lifestyle better.

Kody Brown and his family are just like everyone else only he has four wives. They dress normally and the children even go to public schools, based on the best fit for that child. Their kids are allowed to choose to live their married life however they please when it comes to getting married. So far, none of them have joined the polygamist lifestyle, but that doesn’t’ mean it won’t happen at some point in the future. It is their own choice to make.

It turns out that Kody does feel like God has spoken to him. That is why he lives this lifestyle. Kody said in the book, “What I’m called to do is not what you are called to do. I don’t consider followers of another religion any less worthy in God’s eyes or in mine. I don’t believe that what’s appropriate for one person is necessarily appropriate for all.” He gets that this life isn’t for everyone. Kody and his four wives are living what works for them. It is a different way of life, but their show has made a lot of people more open to the idea.

The return of Sister Wives

Sister Wives is coming back for another season. The fans are even slamming Kody Brown after the trailer came out. In the preview, Meri Brown asks her husband about kissing him. It really looks like he isn’t a fan of the idea. This couple has been through a lot over the years. Christine Brown still wants to move back to Utah. So far, it doesn’t look like the Brown family is living near each other like they always hoped for.

It seems like a lot of fans think that Kody Brown got himself into this mess. Now he is married to four wives and has to figure out a way to make it work. This season will show a bit of turmoil between Kody and a few of his wives. Because of this, you will want to make sure you catch every episode.

Don’t miss watching new episodes of Sister Wives when it returns with new episodes to TLC. This season looks like one you won’t want to miss. Seeking Sister Wife is returning for another season as well, which viewers can’t wait to see.