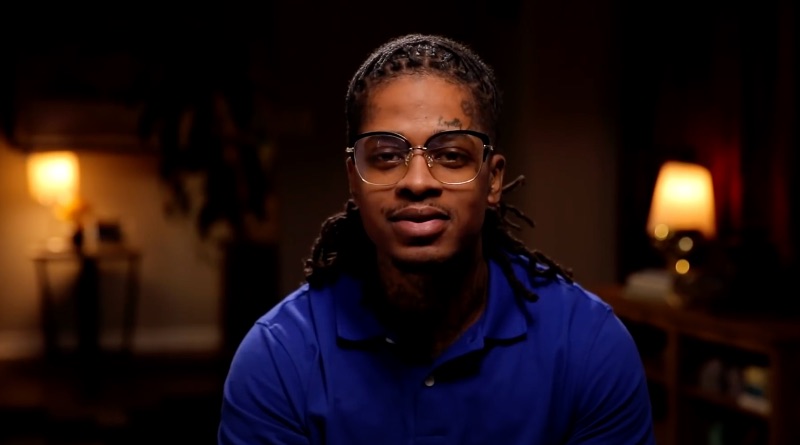 Life After Lockup cast member Quaylon Adams keeps himself busy with many things – and he changed up his look in a drastic way recently.

Since the first season of Love After Lockup, Quaylon’s hair is something Life After Lockup watchers talk about. He let it continue to grow in prison. But because he was behind bars for so long, he never had his hair done by a professional.

In a Love After Lockup deleted scene, Shavel Moore got one of her hairstylist friends to give Quaylon the salon treatment. And he came out of it with his locks on point. Meanwhile, based on the latest update from the former inmate, he recently changed his hair in a big way.

Life After Lockup celeb Quaylon Adams shows off pink streaks in his dreads. His hairstyle is something a lot of viewers recognize about him. And based on the latest dye he put in, he will stand out even more.

Quaylon Doing His Own Thing

Life After Lockup celeb Quaylon Adams is busy doing his thing since filming wrapped on the currently-airing WEtv spinoff. He is an aspiring rapper. And he regularly updates his fans with original raps. It’s a hit or miss depending on who you ask. But there are some viewers that really dig his rhymes.

In addition, the Life After Lockup former felon has done some traveling of late. He was in Atlanta recently. And many viewers thought he might be working on his music – or maybe even just enjoying the popular city. Either way, he certainly keeps himself busy while away from WEtv cameras.

Meanwhile, in one of his recent photos showing off his hair, Quaylon Adams wrote, “bit** I got dat work”. So it’s possible he may have a project or a side hustle he works on since filming wrapped for the currently-airing Life After Lockup season. Either way, his new hairdo is sure to draw attention.

Even though Quaylon Adams just proposed to Shavel Moore in the most recent episode of Life After Lockup, the story off-camera seems drastically different. Quaylon recently said on the Domenick Nati Show that he is a “single man.” And that as of right now, he and Shavel are not currently together.

As viewers see, this WEtv couple broke things off and got back together before. But at least for now, it looks like they are still working on ironing out some of their issues. In the meantime, based on the latest from Quaylon, it’s clear he does his own thing – including changing up his hair in a drastic way.