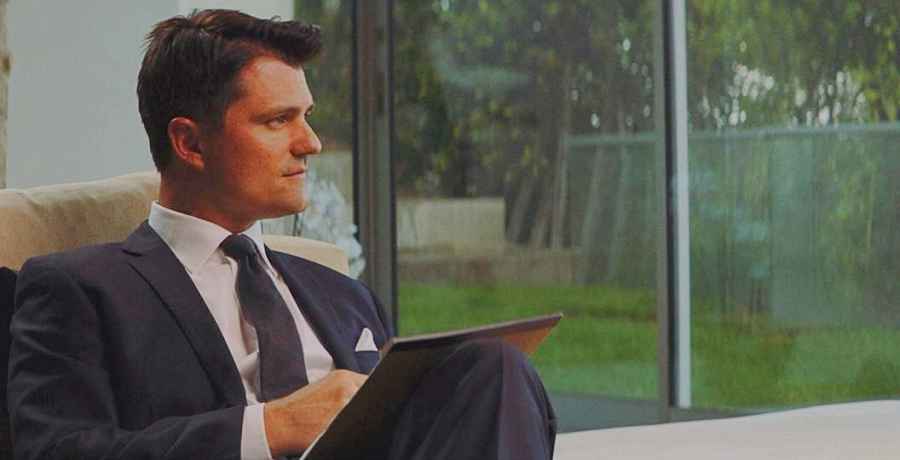 Chad Brannon, who played Alexander ‘Zander’ Smith on General Hospital, is on his way back to Port Charles. The soap alum featured on the ABC soap from August 2000 to March 2004 when his character died. It is unknown exactly what his new role will be, unless he is set to be resurrected from the dead.

EW reports that Brannon will start filming his scenes in whatever character in mid-February. For those who do not know the Emmy-award winning actor, he played Alexander “Zander” Smith. Zander is Cameron Webber’s biological father by way of Elizabeth Webber (Rebecca Herbst).

Zander died in March 2004 after becoming increasingly mentally unstable. At the time he was holding Emily Quartermaine hostage and a SWAT team surrounded their location. While pretending to reach for a gun, Brannon’s character died via suicide by cop. It is difficult to imagine him coming back from that.

Brannon was obviously excited when he shared the news of his return with his Instagram followers. He posted an image, with the caption, “It’s true! Cats out of the bag… I’m heading back to @generalhospitalabc!”

Judging by the comments, his fans were thrilled with the news and commented with a series of exclamations, including “yay,” “Whoo Hoo!!!!” and “Yaaaaaaas!!!” Another fan congratulated him on his return.  One fan commented, “NO. STINKING. WAY!! That’s amazing! If you need to sharpen those soap opera six-pack abs, just let me know.” It seems that the fan is a personal trainer or some such.

The fan-favorite actor was twice nominated for a Daytime Emmy award. It was second time lucky for Chad when he won “Outstanding Younger Actor in a Drama Series.” So far, it is unclear how General Hospital will bring him back into the fold. As his character, Zander was shot dead in 2004, he must be coming back as a new character. However, he did return to the soap in December 2009 in a cameo role as someone named Aaron. Maybe Aaron will return to Port Charles? Who knows!

Brannon hasn’t exactly been sitting on his laurels since 2004. His other TV credits include guest spots on CSI, Cold Case, Bosch and Friday Night Lights. Chad also did some voice work on a number of TV series, including The Cleveland Show and American Dad.

His most recent work includes appearing with fellow soap alums. These include Chris McKenna (One Life to Live), John-Paul Lavoisier (Rex, One Life to Live) and Morgan Obenreder (The Young and the Restless, Chrystal). Chad also starred in the indie thriller film Killer in Suburbia.

Whatever role he will play, his fans will surely look forward to seeing him back on General Hospital in the near future. Reader, do you remember Chad in the role of Zander? Are you pleased that he is coming back? Drop a note in the comment section below.

In the meantime, keep up with General Hospital weekdays on ABC.