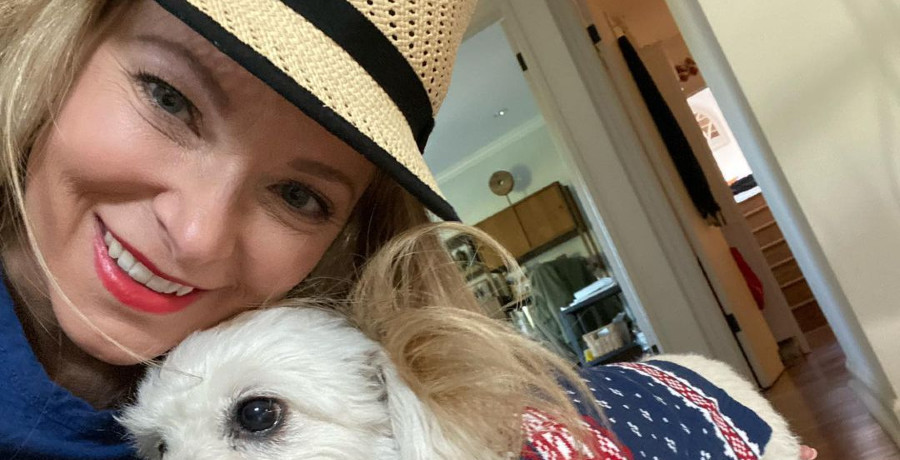 Cady McClain’s run as Jennifer Horton Deveraux on Days of Our Lives is coming to an end. Why is she leaving, and will Melissa Reeves be returning to the role she started 35 years ago?

Cady McClain had some pretty big heels to fill when she joined Days of Our Lives. In October of 2020, NBC made the shocking announcement that the All My Children veteran would step into the role played by Melissa Reeves since 1985. Stephanie Cameron briefly played the role in the 1990s when Melissa Reeves was in a lawsuit battle with NBC. The lawsuit was later resolved and Reeves returned to DOOL in 2000.

As soap fans know, Days of Our Lives stopped filming in late 2019. At the time, it was announced that all the cast was released from their contracts. However, it turned out to be much ado about nothing, as most of the cast re-signed when it was time to resume filming in September of 2020.

Of course, the coronavirus pandemic wreaked havoc on the TV industry during the months prior to that. One of the few who chose not to come back to set was Melissa Reeves. She had just recently become a grandmother again and didn’t want to travel during a pandemic.

In the months since Cady McClain’s debut, Jennifer has been in the middle of constant drama. First she found out Jack (Matthew Ashford) was cheating on her while she was in a coma. Then came the reveal that Gwen (Emily O’Brien) was Jack’s long-lost daughter.

If all that wasn’t enough, her mother Laura (Jamie Lyn Bauer) was the one person in the family who knew about Gwen’s existence. When Gwen finds out, she has a deadly confrontation with Laura.

Is Melissa Reeves Returning to DOOL?

The news of Cady McClain’s exit begs the question if Melissa Reeves will return. It seems the door is open for that to happen, but it’s up to the actress.

Based on her Instagram posts, she seems happy in Nashville. In fact, a video from around Christmas-time reveals that she’s let her blonde hair go white. She looks amazing – relaxed and radiant.

When it’s time to bring Jennifer back to Salem, the soap may opt to bring Cady McClain back in the legacy role.

When the truth about what Laura knew and when played out, DOOL got inventive. They were, after all, retconning a story that supposedly happened in the 1980s. The soap came up with a genius way to tell the story in flashbacks. Rather than playing a young Jennifer, Cady McClain donned a wig and played a young Laura instead. Marci Miller, who plays Jennifer’s daughter Abby, took on the role of a young Jennifer.

Cady McClain posted a photo on Instagram wearing the wig.

Fans flooded the comments with praise for the soap veteran. Many fans expressed delight in her portrayal of Jennifer Rose Horton.

What do you think about Cady McClain’s time as Jennifer Horton? Let us know in the comments down below. Give our Twitter a follow for all the latest TV news.