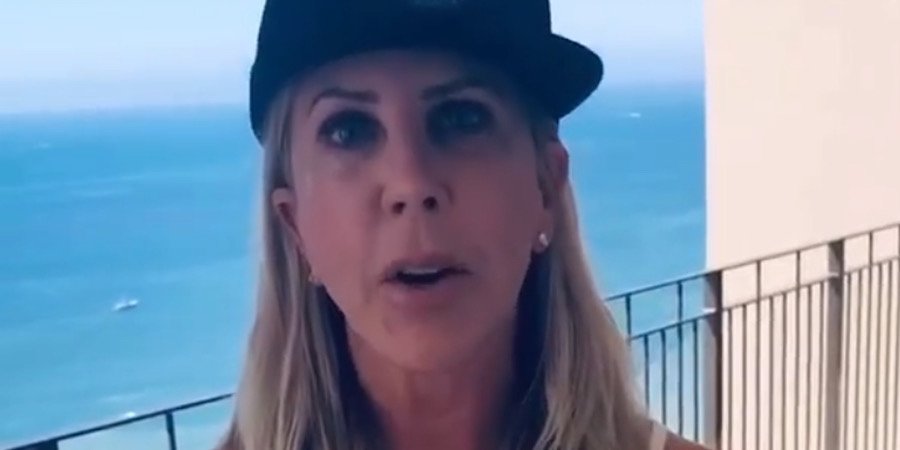 Vicki Gunvalson is either extremely charitable or extremely vindictive. Regardless, the OG of the OC is laying the groundwork for a battle with former RHOC co-star Shannon Beador. Gunvalson took to her Instagram stories to congratulate Shannon’s ex-husband, David on the birth of his baby, Anna.

The “congratulations” was quickly picked up and re-posted by Beador’s new wife, Lesley Cook. Tamra jumped on the bandwagon, posting a congrats to her Facebook. This is about to get even messier in the Vicki/Tamra/Shannon triangle.

The Tres Amigas of the RHOC

After all the three ladies have been through, it is hard to remember a time when Vicki adored Shannon. Introduced in Season 9 via Heather Dubrow, Shannon was super holistic but could kick back vodka with Tamra like a champ. Vicki, who usually despised new girls, immediately was drawn to Shannon, especially since she was a fellow Aries. As for Shannon and David’s marriage, it was clearly cracked.

Vicki invited the couple to her home in Mexico for a romantic getaway. It failed. Shannon was even there to refer Vicki’s scheming ex, Brooks to the best cancer doctors. Sadly, his cancer scam threatened to ruin their friendship all while David cheated on Shannon.

This rocked the Beador’s world but Shannon grew closer to Tamra and even softened a bit. There were a lot of ups and downs where Shannon felt the need to protect Tamra from Vicki. Vicki had a sharp tongue, alleging Tamra’s husband was gay and David was abusive. It shattered the friendships. Then, the Beador’s announced they were divorcing.

Soon, the ladies came back together as the Tres Amigas. They tried their very best to stay close but Tamra found her friendship with Shannon to be exhausting. Vicki was demoted to “friend of” for Season 14 and she and Tamra did not return for Season 15. They remain close but it was them against Shannon, a lot of she said/she said and no resolution would ever be found.

David becoming a dad came up at the reunion. He and Shannon have three daughters and he has said they are very excited. Shannon said feelings were mixed but that could just be her own feelings. On February 6th, David and his new wife, Lesley Cook showed off their bundle of joy. Following the post, Vicki shared the photo in her Instagram stories along with a congratulations, adding how happy she was.

But, there was also a link to an article from Celebuzz. Tamra did the same thing, but on Facebook.  For Tamra, it is a seemingly a genuine congrats, albeit the link. It was no secret her husband, Eddie was very close to David and it was hard for him when they divorced. He felt he had to choose between Shannon and David for the sake of his Tamra.

David’s new wife appreciated the sentiment but had a favor to ask of Vicki. When Lesley re-posted Vicki’s message, she wanted it to be known that she and David were not having an affair. Apparently, this is a popular misconception.

Yes, he was not faithful but it was not with her. If Vicki is going to be a mouthpiece, Lesley would like her to use her words for good rather than evil. Whether or not Shannon will have a positive reaction to what Vicki and Tamra have done, that is yet to be seen.

What do you think of what Vicki and Tamra have done? Was it petty or typical? Let us know in the comments.