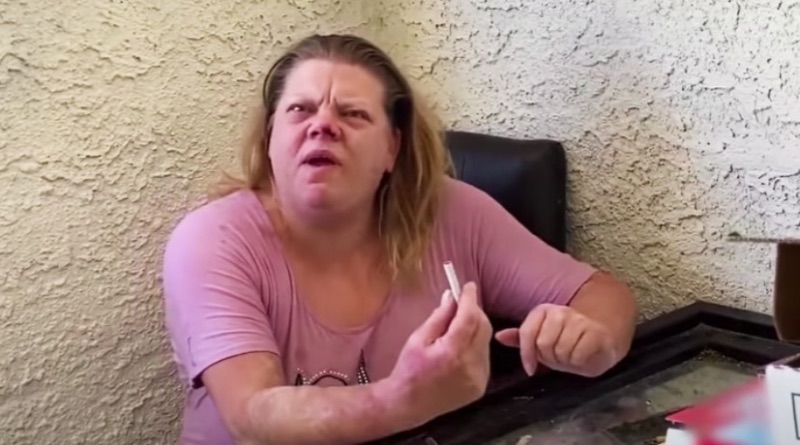 Life After Lockup mom, Cynthia Dodd, struggles with her drug addiction in current WEtv spinoff episodes. Even though Brittany Santiago and Marcelino Santiago are the primary cast members in this storyline, her mother’s addiction is a huge part of it this season. Meanwhile, it looks like she turned things around.

Since being on Love After Lockup with her husband, Brittany Santiago has been open about her past. And this includes her history of drug use as well. As a former addict, she knows what it takes to get clean for good and lead the life you want after overcoming addiction.

Meanwhile, even though the Life After Lockup pair is supposed to be the primary focus in episodes, Cynthia Dodd is a big part of the current spinoff. Her drug addiction is in the spotlight. And her daughter tries her best to help her mother out so that she can be clean – and be part of her grandchildren’s lives.

Not an Easy Road for WEtv Family

As with most addicts, Cynthia Dodd is reluctant to get help on the Life After Lockup season. She disappeared for some time. And Brittany Santiago worried that she would find her mother dead somewhere. Meanwhile, watching Cynthia go through what she does, it’s easy to see where some of Brittany’s own struggles come from.

In the most recent Life After Lockup episode, it was a family effort to get Cynthia Dodd to Alaska. Brittany hoped that her mother would be able to confront her past. And more importantly, use that as a way to help her heal old wounds and move forward into the future.

Also, a lot is riding on this trip. Brittany said on Life After Lockup that if her mother doesn’t heal “in every possible way that she can”, she won’t be part of her life – or the lives of her grandchildren. So there’s a lot at stake in current episodes – especially if she wants to be part of their future.

Meanwhile, based on current updates from Cynthia Dodd, it looks like she did just that. Based on the latest from the Life After Lockup mother and grandmother, she seems to be in a much better place. She was reluctant to get help initially. But it looks like going through that process helped her turn things around for the better.

Moreover, she looks much better physically as well. Cynthia Dodd said recently that she is living her best life. And she seems much happier for it. So just like her daughter, Brittany Santiago, it looks like both women beat their demons and turned things around for the better.