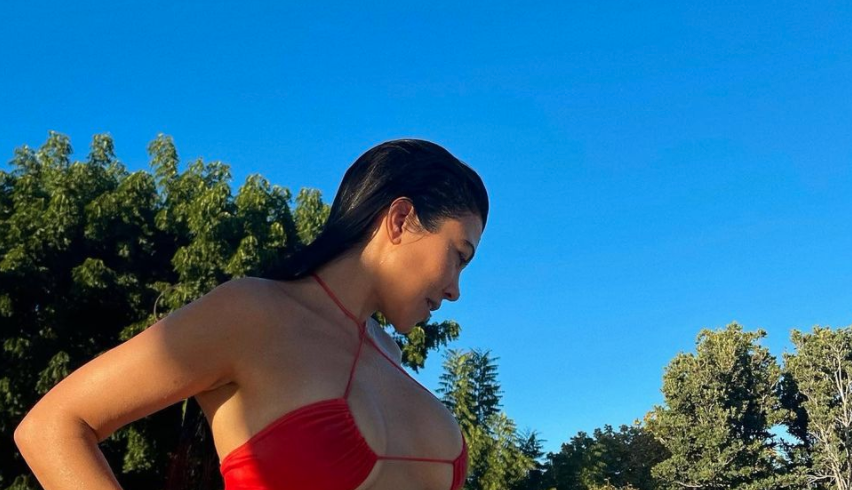 The Kardashian sisters have always been leaders in fashion. They wear whatever they want, whenever they want. And, no one can say anything about it because…well, they are the Kardashians. Now, this has moved over to bikinis. It appears three of the five sisters have been sporting bikinis…flipped around.

Kardashians and their swimwear

Three of the Kardashian sisters have been showing off a weird new fashion obsession Cosmo says. Kendall Jenner, Kourtney Kardashian, and Kylie Jenner have all posted their swimsuits on Instagram. This is totally normal for these sisters (even though it’s January). However, they are putting a weird twist in it and wearing them upside-down.

Technically speaking, they still cover everything they need to cover. However, it does look a bit off.

Most recently, Kylie posted herself on Instagram in a bright blue suit.

The post is actually just a push for her new KylieSkin sunscreen. However, she’s definitely showing off her body in her new fashion trend.

“SPF body oil @kylieskin 💙,” she writes in the caption.

She’s not the only one doing this. We recently reported that Kourtney Kardashian was wearing a barely-there swimsuit. Hers was red, but still the same concept. A seemingly normal swimsuit flipped around.

Lastly, Kendall Jenner jumps on the trend. While less obvious that there is something weird going on, looking close enough will reveal her swimsuit is also flipped around.

Honestly, who knows why the Kardashians are doing this. However, it will likely catch on soon enough and everyone will be wearing their bikini upside-down.

Keeping up with the Kardashians is quickly coming to an end. In fact, they already finished up with filming. Now, fans just wait for the new season to come on.

This doesn’t mean it’s all over though. It seems there may be some sort of show with the family on Hulu. It has been said the family signed an exclusive deal with Disney. Of course, the details of this have not yet been revealed. That will likely happen after the final season of KUWTK airs.

Details of the plot of the show have also not been revealed or what sisters will actually star. Only time will tell on that one.

What do you think of the new fashion trend? Are you for it or against it? Let us know in the comments below. Come back to TV Shows Ace for more news on all of your favorite Kardashian family members.