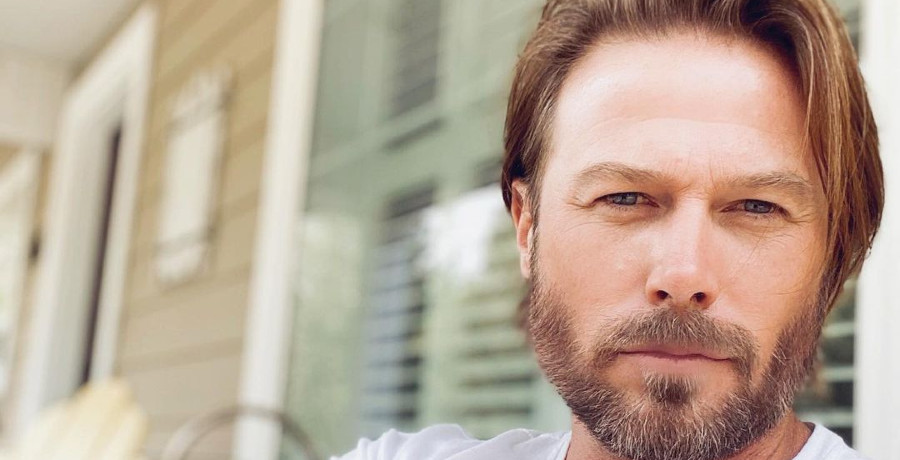 Actor Jacob Young is a familiar face for soap opera fans. The Emmy winner has appeared on three soap operas during his long career. He made his soap debut on CBS’ The Bold & The Beautiful as Rick Forrester. His next stop was Port Charles, taking over the role of Lucky Spencer.

From GH, he moved on to the now-defunct All My Children as Adam Chandler’s son, JR Chandler. When AMC was canceled, Jacob Young was welcomed back on B&B with open arms. He left the show in 2018. What’s he been up to since then?

Many soap fans think of Jacob Young as baby-faced Lucky from General Hospital. Well, ‘Lucky’ is all grown up now! Earlier this week, the actor took to his Instagram to share a new photo with fans. And his new look may shock you. Jacob Young is looking bigger and better than ever. He’s clearly bulked up since his soap opera days.

With his closely-cropped hair and a bushy beard, the actor shows off his chest and arms. His hairy chest and stomach show the hint of a six-pack. In the caption, he dropped a quote from Confucious – “He who conquers himself, is the mightiest warrior.”

Unfortunately, not all of his followers were supportive of his new look. One follower tried to troll the actor by telling him to lay off the steroids. Jacob Young clapped back, assuring the follower that his look is “100% natural.” He encouraged the troll to check out his podcast.

What Is Jacob Young Doing These Days?

In the two years since he’s left soaps, Jacob Young has turned his attention to promoting mental health issues. He is also focusing on his music.

While soap fans are happy that Jacob Young is still acting, they want him back on daytime. Rumors are constantly going around that General Hospital is bringing Lucky Spencer back to town. The question is – who would be playing him – Jacob Young, Jonathan Jackson or Greg Vaughan?

What about playing JR Chandler again? In late 2020, AMC alums Kelly Ripa (Hayley Vaughan) and Mark Consuelo (Mateo Santos) revealed they are working on a prime-time reboot of All My Children. Would you like to see Jacob Young back on soaps?

Jacob Young Pays Tribute to Mary Wilson from The Supremes

On February 9, news came that original singer from The Supremes, Mary Wilson, passed away. Jacob Young offered his condolences on his social media. In an “it’s a small world” moment, the iconic singer had recently appeared on the actor’s podcast.

Do you like Jacob Young’s new look? Do you think he’s ready to come back to soaps? Let us know your thoughts in the comments down below. Don’t forget to follow us on Twitter for all the latest TV news.