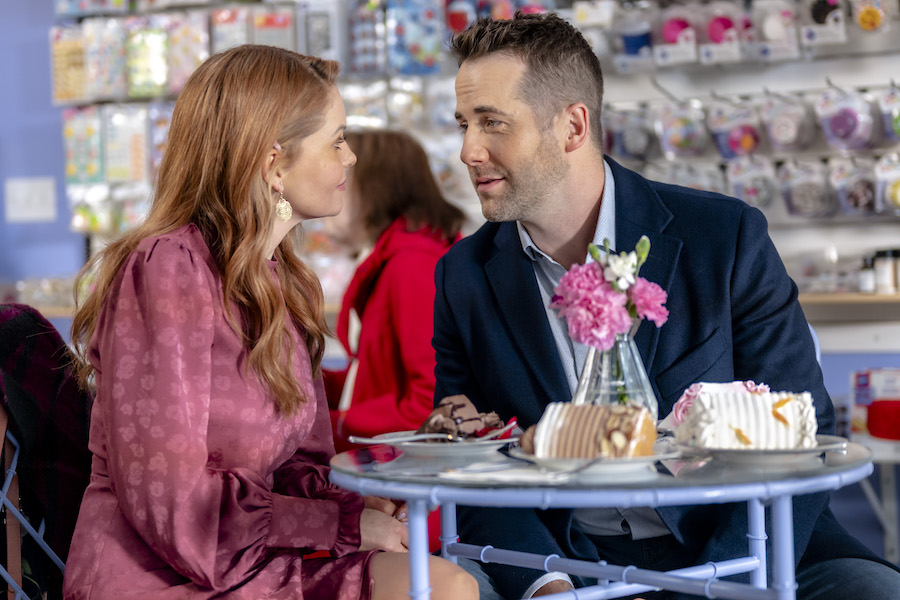 Candace Cameron Bure is back for another Aurora Teagarden Mysteries, from the top Hallmark Movies & Mysteries franchise. In the new episode entitled How To Con A Con, Bure (Fuller House) is joined by Niall Matter (Never Kiss A Man In A Christmas Sweater), Marilu Henner (Love, Lights, Hanukkah!), Lexa Doig (The Arrangement), and Peter Benson (Mech-X4).

Are you ready to find out about the latest murder mystery?

What Is Hallmark’s Aurora Teagarden Mysteries: How To Con A Con About?

According to the Hallmark press release, when one of Aida Teagarden’s (Henner) real estate clients is found murdered, her sleuthing daughter, Aurora (Bure) sets out with her fiancé, Nick (Matter), to solve the murder. They discover that someone is operating a con artist scheme in Lawrenceton and the stakes have just become deadly. Aurora, Nick and the Real Murders Club go undercover in a sting operation designed to “con a con” into revealing themselves before they can strike again.

Based on the episode photos, it looks like Aurora and Nick are progressing with their wedding plans. Looks like the happily engaged couple are picking out wedding cakes! There are several, different slices of cake on their French cafe table, at the bakery. Will we see what cake they choose? More importantly, will there be a wedding soon?

Although it does not look like there will be a wedding in How To Con A Con, fans of Aurora and Nick can only hope that their nuptials will be sometime in 2021. And, there will surely be a murder.

Recently, Candace Cameron Bure fired back at critics who claim that making a Hallmark Movie is “easy.” As a guest on The Paula Faris Podcast, she revealed the most common questions she gets about doing Hallmark movies. CCB wanted to set the record straight.

She didn’t mention that one of the most incredible things about making Hallmark movies is that they do it in about 16 days. They rarely do more than one take of a scene. Each day, they go through dozens of pages of script. Only soap stars have this sort of rigorous schedule.

So, no. Not everyone can do a Hallmark movie. Case closed.

When Can You Watch Aurora Teagarden Mysteries: How To Con A Con?

Don’t forget to tweet along with the cast and Aurora Teagarden fans during the premiere showing. This is a fun way to experience the new mysteries, especially now, during a time of social distancing.

The premiere of Hallmark’s Aurora Teagarden Mysteries: How To Con A Con is on Sunday, March 14, at 8 p.m. Eastern, on Hallmark Movies & Mysteries.