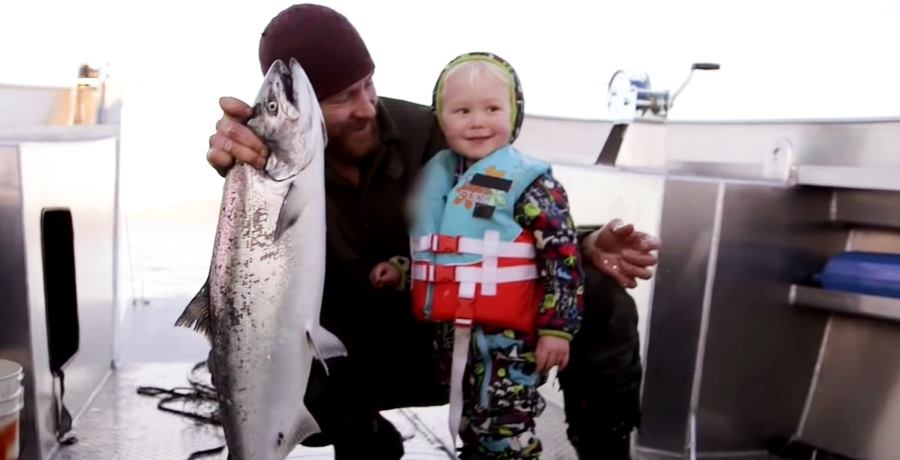 Fan-favorite Alaska: The Last Frontier couple is having some fun in the snow. Eivin and Eve Kilcher spent yesterday celebrating a close friend’s birthday. Findlay Farenorth Kilcher invited one of his friends over to have some fun sledding for his birthday. Eivin Kilcher posted a video on Instagram of the event. The video shows his son, Findlay, driving a snowmobile while grandpa, Otto Kilcher, rides a sled attached to the back by a rope. The video is heartwarming as Findlay smiles through his helmet when grandpa Otto gracefully falls off the sled. The Kilcher family certainly knows how to make memories.

“We had such a fun day today,” says Eivin Kilcher in the post. “We did a birthday sledding party on the homestead.” He continues by saying, “We used to have these when I was a kid. This is the first one that I get to be apart of with my own kids getting to experience this joy. Today was extra fun because my parents and my kids were all having fun. This video is of Findlay driving the big boy snowmobile pulling grandpa Otto! Findlay, grandpa and I were all very proud of this moment.”

The Alaska: The Last Frontier couple, Eivin and Eve Kilcher have captured the hearts of fans around the world. Eivin and Eve met each other early on in life while growing up on neighboring farms. Eve spent her childhood and teenage years with her mother in Southeast Alaska. However, she spent her summers on a farm near the Kilcher homestead with her father where she and Eivin became close. The two both attended Homer high school together would inevitably grow a love for one another. Eivin and Eve would continue their lives together eventually marrying in August of 2011. They welcomed their first child just two years later.

Findlay Farenorth Kilcher was born in the early morning of November 24, 2013, at South Peninsula Hospital. The first child of Eve and Eivin Kilcher, he weighed 7 pounds, 5.9 ounces. Fans immediately fell in love with the newest addition to the Kilcher family. Their hearts warmed once again when Findlay was blessed with sister Sparrow Rose Kilcher in 2015.

Growing Up In Alaska

Fans of Alaska: The Last Frontier are watching as the young Kilcher boy grows up before their eyes. Findlay, who recently turned 7 years old, has proven to be an adventurer. He certainly shows no fear pulling his grandfather with the “big boy snowmobile”.

Before long, fans of Alaska: The Last Frontier will have seen Findlay grow to be a man. Being raised by such great men as Eivin and Otto, Findlay will no doubt carry on the Kilcher name with pride. Findlay is also lucky to be learning love and compassion from such a strong woman as Eve. He will certainly grow to be a strong man before our very eyes.

Be sure to check back with TV Shows Ace for more news and updates.