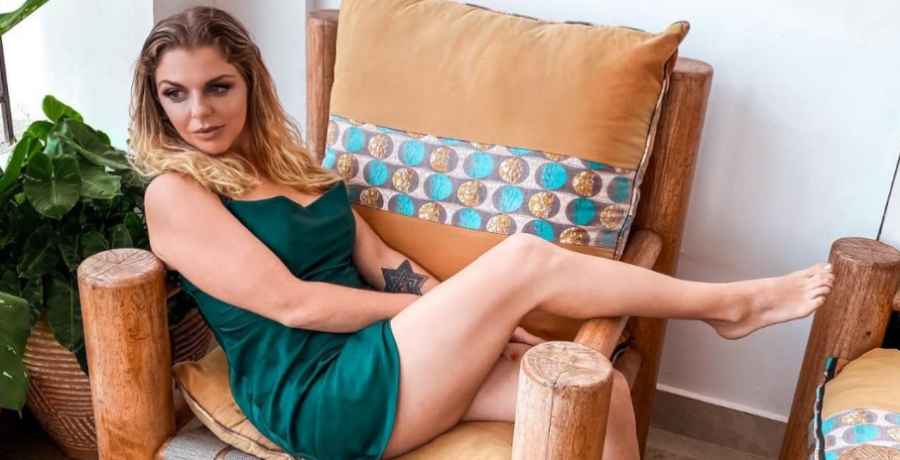 When we first met Ariela Weinberg on 90 Day Fiance: The Other Way, she kept her personal struggles well hidden. However, recently, she has opened up about personal struggles she is going through. This includes a cry for help on her Instagram Story, relating to a painful condition, underpronation.

Fans have got to know and love Ariela Weinberg and Biniyam Shibre on Season 2 of 90 Day Fiance: The Other Way. Ariela met Biniyam on a vacation visit to Ethiopia and it was love at first sight. She fell pregnant with their baby boy and decided to set up home with Biniyam in Addis Ababa. The pair has had a rough time of it, including Ariela’s painful cesarean section birth of their son Aviel. The birth also involved disagreements over baptism, circumcision, and more.

Along the way, Ariela’s parents, Fred and Janice, criticized the couple’s living conditions. Her parents were also concerned that Biniyam had been married before, a fact that raised red flags. In fact, he has a son from his marriage to an American woman, who is now living in America out of his reach.

While fans got to know about the couple’s problems, Ariela kept plenty of things to herself off-camera. She has since opened up about her struggles with self-harm.  Ariela answered fans’ questions on Instagram about her long-sleeved shirts, explaining these were to cover self-inflicted scars. The 90 Day Fiance star also opened up about a temporomandibular joint (TMJ), which affects her facial expressions.

As she feels closer to her fans, Ariela has now opened up about her struggles with underpronation. In an Instagram story, she asked fans, “So who else is an underpronator?” She went on to explain that she walks on the outside of her feet. Ariela asked her followers what, besides orthotics, helps them. Weinberg also wondered if her condition was “caused by high arches.” She explained that her calves are “always so tight.”

According to HeelThatPain, underpronation, or supination, is caused when the ankle doesn’t roll inward very far (less than 15 percent) when landing or pushing off. This causes the foot to roll outward and puts pressure on the ankle and toes.

The medical report explains that Ariela’s painful condition can cause heel pain, rolled ankles, heel spurs, hammertoes and bunions, as well as a less stable gait. While Weinberg is asking fans for help, the source reads that it can be treated with the right shoes. Warming up and cooling down during exercising as well as stretching and orthotics can help the condition.

Let’s hope that Ariela gets the right help with this painful condition.

How Many Episodes Are In ‘When Calls The Heart’ Season 9?
Todd Chrisley BLASTS Fans: How DARE They Question Savannah
‘Days Of Our Lives’ EXCITING Comings & Goings: Johnny DiMera All Grown Up – Rex Brady Back
‘B&B’ Spoilers: Sneaky Paris Shows True Colors – Wants Steffy’s Life?
‘American Pickers’: Frank Fritz Did Rehab Before Getting Fired