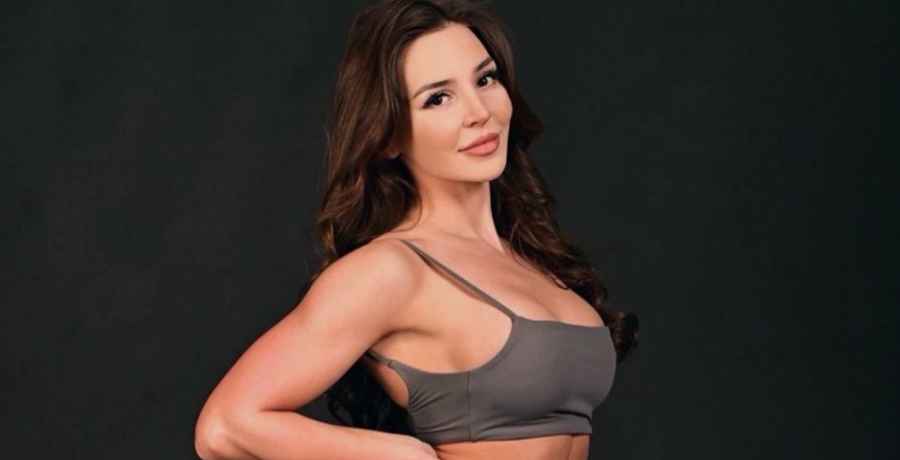 During her time on 90 Day Fiance, Anfisa Nava (nee Arkhipchenko) caused major drama. However, these days, she is a self-made fitness enthusiast and certified personal trainer. She recently took to her Instagram story to open up about her time on the show. Anfisa also answered a common fan question about whether the TLC reality show is scripted.

Among the many memorable personalities on 90 Day Fiance, Anfisa Nava was likely among the most explosive and dramatic cast members. She starred in Season 4 with her former husband, Jorge Nava and became a fan favorite for her drama and personality.

The self-made fitness fanatic and certified personal trainer recently used her Instagram story to address rumors about her time on the TLC reality show. The Russian beauty was 20 years old when she joined her fiancé, Jorge, 27, on the show. Anfisa never held back with her demands, wanting everything luxurious and lavish, which Jorge couldn’t afford. 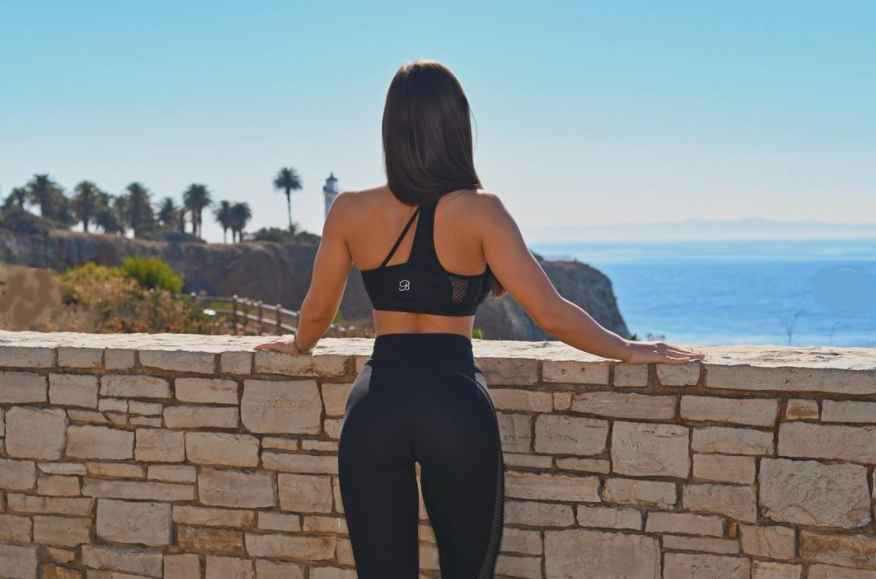 In the past, Anfisa has openly admitted she was with Jorge for his money. Meanwhile, she also claims that he was with her for her beauty. After many memorable fights on the show, they eventually decided to split. Jorge then ended up behind bars for the possession of illegal drugs and Anfisa moved on.

Now 25, Anfisa didn’t hold back on her ambitions and decided to focus on fitness. She has gone on to achieve much success. Meanwhile, fans often question whether the TLC reality show is scripted and Nava decided to hold an Instagram Q&A to reveal the truth.

On February 7, Anfisa took to her Instagram story to host a Q&A for her 800K followers. Among the questions asked of her was whether 90 Day Fiance is scripted. Fans have often believed this in the past when a couple’s story doesn’t quite add up. They believe TLC does this for the additional drama on the show.

Anfisa answered the question, saying, “Not scripted per se but there’s a plan for everything.” For example, she said they would tell them that they are going to film a scene at a certain place the next day. TLC would tell them what they wanted them to talk about. 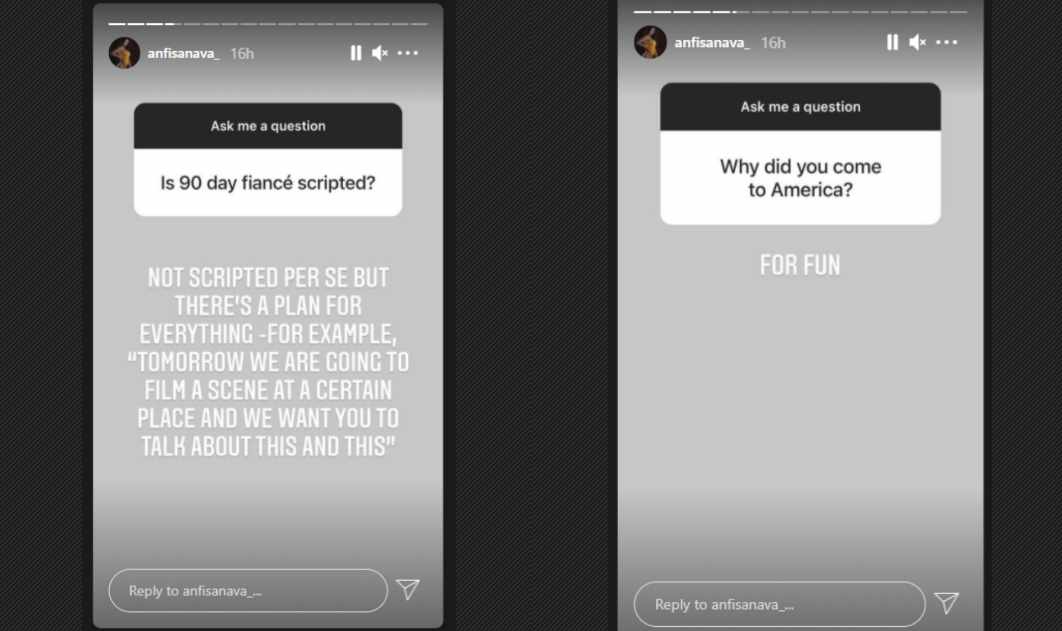 Anfisa did 90 Day Fiance for fun

Season 4 of 90 Day Fiance portrayed the Russian beauty joining Jorge Nava in the U.S. on her K-1 fiance visa. However, she revealed she didn’t do this for love. In fact, she told a fan that the reason she came to the States was “for fun.”

Another fan asked if her negative portrayal on the TLC show made her regret doing it. Anfisa responded in the negative, saying it was a great experience for her. It made her 1,000 percent stronger and taught her so many lessons. Being on the reality show also gave her this platform on Instagram with many followers.

Anfisa said it was like she was playing the role of a “stereotypical Russian gold digger mail order bride.” She added that some people didn’t get it, but she says that this is okay.

Is Anfisa returning to reality TV?

As Nava has established herself as a fan-favorite, there is the likelihood that she could return to reality TV in the future. She told fans that she has had a few offers and will see.

Some fans questioned Anfisa about her body goals and the surgeries she has had. She gave a detailed response, saying her goals are always evolving. As she reaches one goal, she comes up with a new one. Anfisa said this also applies to her life. Nava did confirm she has had surgery on her nose, chin, and breasts.

When she was asked for advice after suffering a bad breakup, the Russian beauty told people to spoil themselves and remind themselves what a queen they are.

Currently, fans can watch Season 8 of 90 Day Fiance on TLC at 8 pm ET.