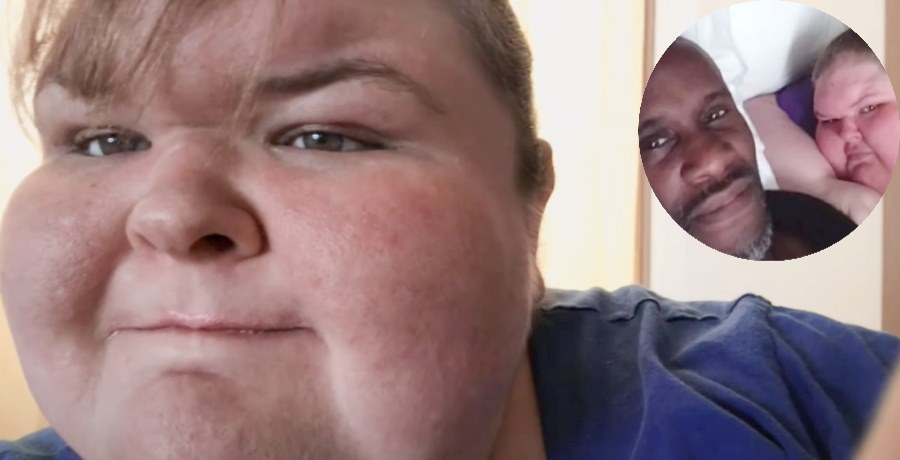 A lot of chatter is going on in 1000-Lb. Sisters fan groups on Facebook about Tammy Slaton’s boyfriend, Jerry Sykes. Turns out, there’s a screenshot of a conversation floating around that suggests he had no interest being on the show. Within the conversation, Jerry seems to make it clear he had no interest in being on the show. But, there was a lot of pressure placed on him. Likewise, he also seems to regret it.

Did someone force Jerry Sykes onto 1000-Lb. Sisters?

A screenshot of a conversation between Jerry and someone else on Facebook from a month ago has been making rounds in fan groups today. The screenshot shows Jerry kicking off the conversation. He spills that they wanted him in the show really badly. He also clarifies that he didn’t really want to be a part of the show. The individual chatting with him hopes he got a decent payday for doing something he didn’t want to do.

Jerry Sykes admits that he did get money out of the appearance on the show. He, however, didn’t think it was enough of a payment. In fact, he believes they should have paid him more. The individual laughed at him. A simple response.

Jerry, however, continued to reveal more. He described production as “CRAZY.” He also admits that he truly hated going on the show. And, certainly sounds like he really regretted the decision.

The individual chatting with him seemed to know him pretty well. They didn’t appear to have a lot of sympathy for him. It sounded as if they warned him to quit connecting with Tammy and not to go back on the show.

The individual then changed the subject completely asking if Jerry Sykes wife was mad at him for going on the show. The conversation cuts off there, unfortunately, so we don’t know what he said in response to that question.

Is he still married to his wife?

Fans of 1000-Lb. Sisters hate that Tammy Slaton is with a married man. They find it truly disgusting. Tammy Slaton has defended herself insisting his wife is sick. And, she can do whatever she wants to do. As we previously reported, however, it seems as if things might’ve recently ended between Jerry and his wife. Her Facebook profile suggests she’s no longer married. After seeing her husband on television with another woman… Who could really blame her?

Do you think Jerry Sykes was forced to be on the show? Do you believe the entire relationship was fake? Share your thoughts with us. And, stick with us for the latest 1000-Lb. Sisters news.