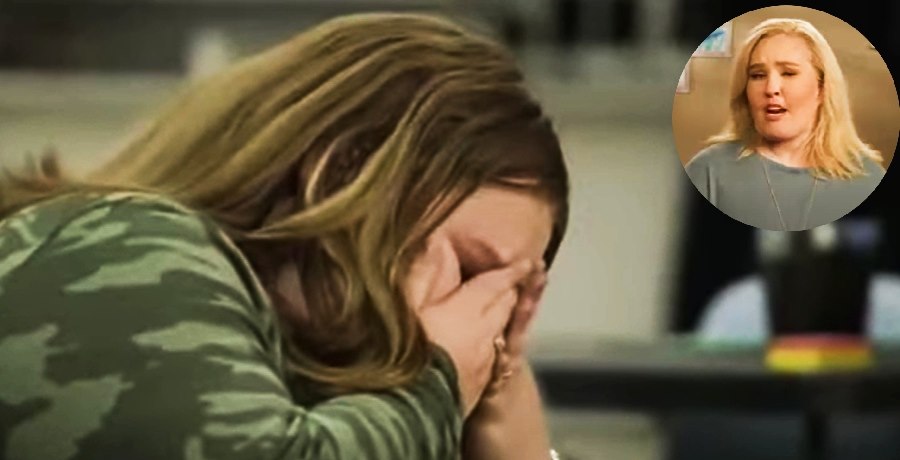 The trailer for the new season of Mama June: Road to Redemption was released. The 30-second clip from WEtv promises plenty of drama and leaves fans with unanswered questions. There’s a lot to unpack in such a short clip. So, what’s going to be included in the upcoming season about June Shannon?

On Gina Rodriguez’s YouTube channel, she shared a peek at the trailer for the upcoming season. Rodriguez is June’s manager, and she’s been around for a while now. When it comes to this new trailer, she keeps the information simple, explaining that the show will return to WEtv in March of this year. Notably, she turned off the comments on the video. This is likely to avoid the negative backlash that is almost guaranteed.

In the clip, June’s daughter, Lauryn Shannon fights with her husband Joshua Efird. They are clearly experiencing marital problems. Also, Alana (Honey Boo Boo) cries to her mom about how she hasn’t been there for her.

It’s unclear what exactly happened to June and Geno, but they have a history of drug issues. The show will touch on what happens to them and whether they serve their time.

Of course, this is only the trailer. There’s plenty more drama to come from the family.

On her own Instagram page, June posted the same short clip. She talks about how she’s looking forward to the upcoming season, writing, “so excited to b back and us being able to share our life with y’all thanks so much to everyone that has loved and supported all these years through the highs and lows in our life we really appreciate it as a family we have some of the most awesomest fans for real get ready to cry laugh n celebrate new beginnings with us again this season.”

In response, fans are saying that they are glad she’s working on getting her life back together. Actually, both June and her boyfriend Geno Doak celebrated one year sober recently. Some think that the new season looks like a mess, but they’re looking forward to watching it all go down anyway.

So, will you be tuning in for the new season of Mama June: Road to Redemption? Do you think the new season looks better than the last? Let us know in the comments below.

For the latest celebrity and reality TV news, stay tuned.

‘Love After Lockup’: Kristianna’s Son Dishes on Her ‘Pregnancy’
Are The Results In Of ’90 Day Fiance’ Stars Paul And Karine’s Kids’ DNA Test?
Did Brandi Passante Photoshop A Tiny Waist After Fan Called Her Fat?
Matt James’ Romance With Rachael Kirkconnell Comes Crashing Down
Maksim Chmerkovskiy Gets Emotional Over His Son’s Potty Training