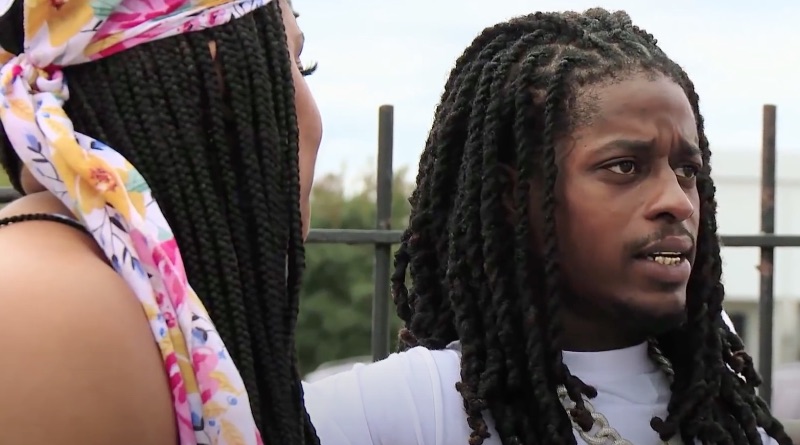 Life After Lockup cast members Quaylon Adams and Shavel Moore deal with a lot of drama on the spinoff season. Meanwhile, a photo has a lot of watchers questioning if it’s all for show.

Even though Quaylon Adams popped the question in the most recent episode of Life After Lockup, there has been a lot of drama all season long for the pair. Things hit the fan when Shavel Moore found messages from another woman on Quaylon’s phone. And as a result, she sent him packing back to Houston.

At first, Quaylon went along as though he were over Shavel Moore. She wanted her ring as soon as he got out of jail. But after spending so many years behind bars, he wasn’t ready to fit into her timeline. Meanwhile, some eagle-eyed Life After Lockup fans noticed something recently that’s drawing a lot of attention.

WEtv Drama All for Show?

Not long after Quaylon Adams left for Houston, Shavel Moore wanted to put herself back out there. On Life After Lockup, she went out on a date with a man she has known for a long time. She said they were never single at the same time. And according to her, that’s one of the major reasons they were never a thing.

Meanwhile, a picture from Shavel Moore’s social media has a lot of Life After Lockup watchers crying foul – and accusing WEtv of manufacturing drama in their storyline. A picture shows Quaylon Adams with a few other guys. But the thing that really grabs viewers’ attention is who is in the background of the photo.

Turns out the guy Shavel Moore went on a Life After Lockup date with is in the background. This guy was potentially supposed to be Shavel’s rebound after things went south with Quaylon. So, the fact that they all look like pals in the photo has many questioning if that drama was all for the cameras.

Not the First Time for Life After Lockup

Whether production stretches the truth for a more dramatic storyline is a question that comes with each and every Life After Lockup season. In the Michael Simmons and Sarah Simmons storyline, Malcolm Woolridge possibly being a hired actor, has made the rounds all season long.

And now, it looks like there may be some sketchy things coming out of this Shavel Moore and Quaylon Adams storyline as well. Certainly, it’s possible production brought on Shavel’s friend to add drama to her scenes following Quaylon’s return to Houston. Still, both men are in the photo together. And this has a lot of fans raising their eyebrows – and calling out the network for manufacturing drama.

Do you think the drama is real or all for show? Let us know in the comments below. Come back to TV Shows Ace for more news on all of your favorite shows.

Katie Thurston Shares Intimate Details About How She Got Chest Scar
‘Return to Amish’ Star Rosanna Miller Pregnant With First Child!
‘Below Deck’ Kate Chastain & Ben Robinson Get Cozy On The Couch
Chelsea Houska Catches Heat For Editing Photos Of Her Children
Amy Roloff & Chris Marek Accused Of Weight Gain Prior To Wedding