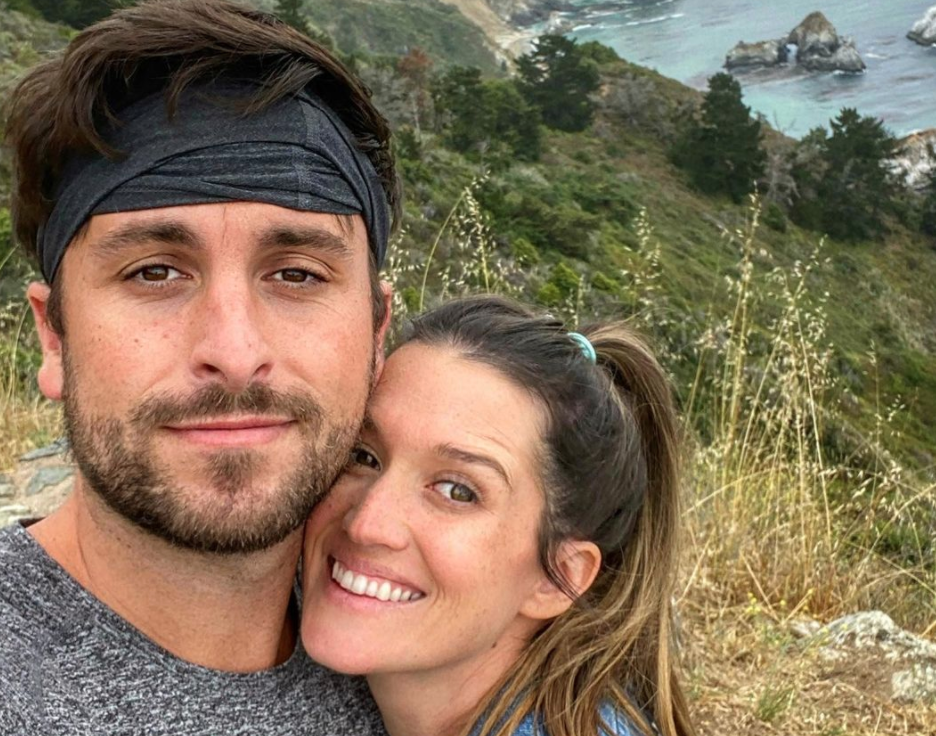 Jade Roper shared a photo of the family all dressed up for the Super Bowl. But fans wondered how she put it together. After all, baby Reed seemingly perched on his dad’s back quite effortlessly. In her Instagram Stories, she revealed how they put it all together. And, it took some planning. It came a day after the Bachelor in Paradise star said she felt so tired from lack of sleep that she “hit the wall.”

Jade Roper & Tanner get into the Super Bowl spirit

We reported that on February 5, Jade shared a photo of herself looking very tired. In her long caption, she talked about extreme “sleep deprivation.” And, she sounded so down that fans thought she called for help. The Bachelor in Paradise star also mentioned that she struggles with breastfeeding Reed. And, she just “fell down the rabbit hole” with exhaustion. In fact, the last thing she felt like doing was being a mom that day. Well, perhaps she felt a bit more rested on Sunday, as she and Tanner posed the kids for the Super Bowl.

When she shared her photo, BiP fans loved the cute Super Bowl celebration. But they noticed Reed sitting on his own at the end. So in her caption, Jade Roper told fans she’d post about the making of the photo in her stories. And, the ABC star delivered with a series of clips. The first one revealed that Tanner Tolbert lay down on the grass. And a white pup tried licking him on the nose. Then, Emmy joined in. And eventually, all of them sat on Tanner’s back like ducks in a row. But sharp-eyes fans noticed a mystery hand propping up Reed.

The making of the photo

In her stories, Jade shared more video clips and as described, they planned when each person would sit/lie on Tanner’s back. And the stories revealed that it took two people to help Reed sit there, and then they lay down behind the others while propping him up. You cans ee the stories further down. In the meantime, ABC fans commented on the main picture that Jade shared.

One of them wrote, “Okay but who is holding that baby…. hahaha.” And another fan added, ” this is one of those pictures where “can you locate what’s out of place” lol like the hand from no where. Lol, (sic).”

And then, one Jade Roper fan suggested, “This is one of those photos you are going to have to recreate in the same position when the kids are older. 😂.”

Actually, that sounds like a great idea. But by then, Tanner might not bear the weight of three fully grown kids!

What do you think of Jade Roper and Tanner Tolbert’s Super Bowl photo? Do agree it looks very cute and they should try it again in years to come? Sound off in the comments below.

‘Married at First Sight’ Jamie Otis Talked With The Dead
Exclusive Interview: Brianne Smith Dias Gives 2021 Update
Are Jenelle & David Eason In A Good Place With ‘Storms’ Behind Them?
Did Liliana Cantu Break Her NDA In Michelle Ybarra & Myrka Feud?
‘The Bachelorette’ 2021: Who Got Katie Thurston’s First Impression Rose?