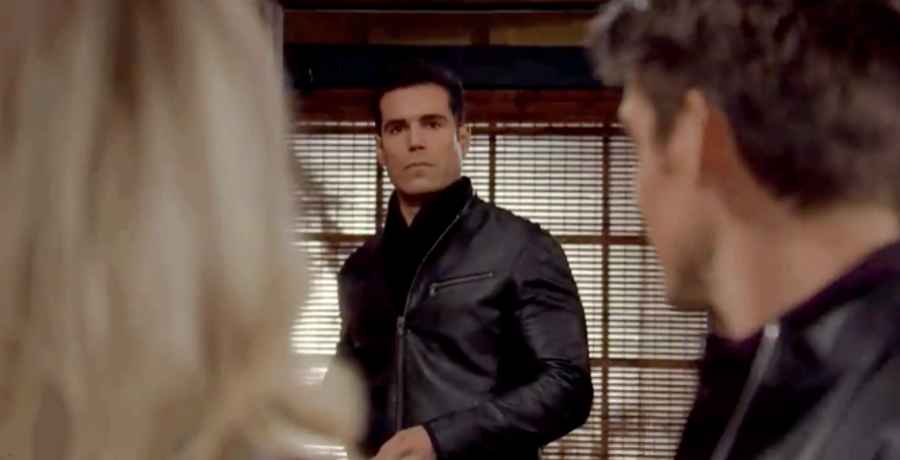 Looking ahead to this week on The Young and the Restless, spoilers point to emotional scenes being the order of the day. Nick supports Chelsea, upsetting Phyllis, while Adam provokes Rey over Sharon. Meanwhile, Amanda could decide to let her guard down with her biological mother.

The Young and the Restless spoilers

Chelsea is truly the center of attraction, as Nick offers his support to Chelsea. This will lead to people asking, where is Adam as this happens? And what about Phyllis? How will she react when she finds out Nick is offering comfort to his ex?

Adam is involved in other interests right now. Tensions are already high between Sharon and her husband, Rey. Adam is likely to interfere and provoke Rey. Will his manipulation get the result he wants?

Meanwhile, while Rey and Sharon were recently in married bliss, since they got home there has been nothing but problems. Her making Adam a priority in her life is definitely a huge problem. Sharon agreed to treat Chelsea, by becoming the therapist on her treatment team. Surely she knew it was a bad idea to get anywhere near Adam?

Rey and Sharon in trouble?

This week Rey will be seriously upset after he walks in on Adam and Sharon sharing a close moment. Rey sees Adam and Sharon holding hands, while Adam tells her he doesn’t know what he would do without her. Do you think Rey will understand that he is talking about her therapy help?

Rey won't be happy about this… #YR pic.twitter.com/2f4IIgoUUX

Soon after, Rey will blow up and issue an ultimatum that Sharon split all ties with Adam in the future. However, can she do that, having given her word to help Chelsea? While she doesn’t want to renege on her promise, if she doesn’t she could risk losing Rey. Looking at the latest promo for The Young and the Restless, it looks like Rey isn’t kidding. In fact, he is “drawing a line in the sand” and he doesn’t want Sharon to see Adam again. Could he leave her?

Next week on #YR, Rey gives Sharon an ultimatum, Amanda encourages Devon to open up, and Nate senses that something is wrong. pic.twitter.com/wcoPHWXRVh

Sharon and Faith on The Young and the Restless

All the drama with Sharon and Adam couldn’t come at a worse time, as she is struggling with her daughter Faith. As fans know, Faith has been acting out lately and drinking. Sharon really upset her when she spoke to Faith’s friend, Jordan, telling her not to be friends with Faith any longer.

After Faith overheard this conversation, she blasted Sharon in the middle of Crimson Lights, causing a bad scene. After this, there is the possibility Faith will leave Sharon, along with Rey. While she can’t really leave home as Rey can, Faith could insist on living with Nick instead.

After Naya was rejected by her birth family and left heartbroken, it looks like she isn’t giving up yet. This leads to quite the surprise for everyone, including Amanda herself. She decides to let her guard down about Naya’s reappearance in her life.

Keep up with the story on The Young and the Restless, weekdays on CBS.