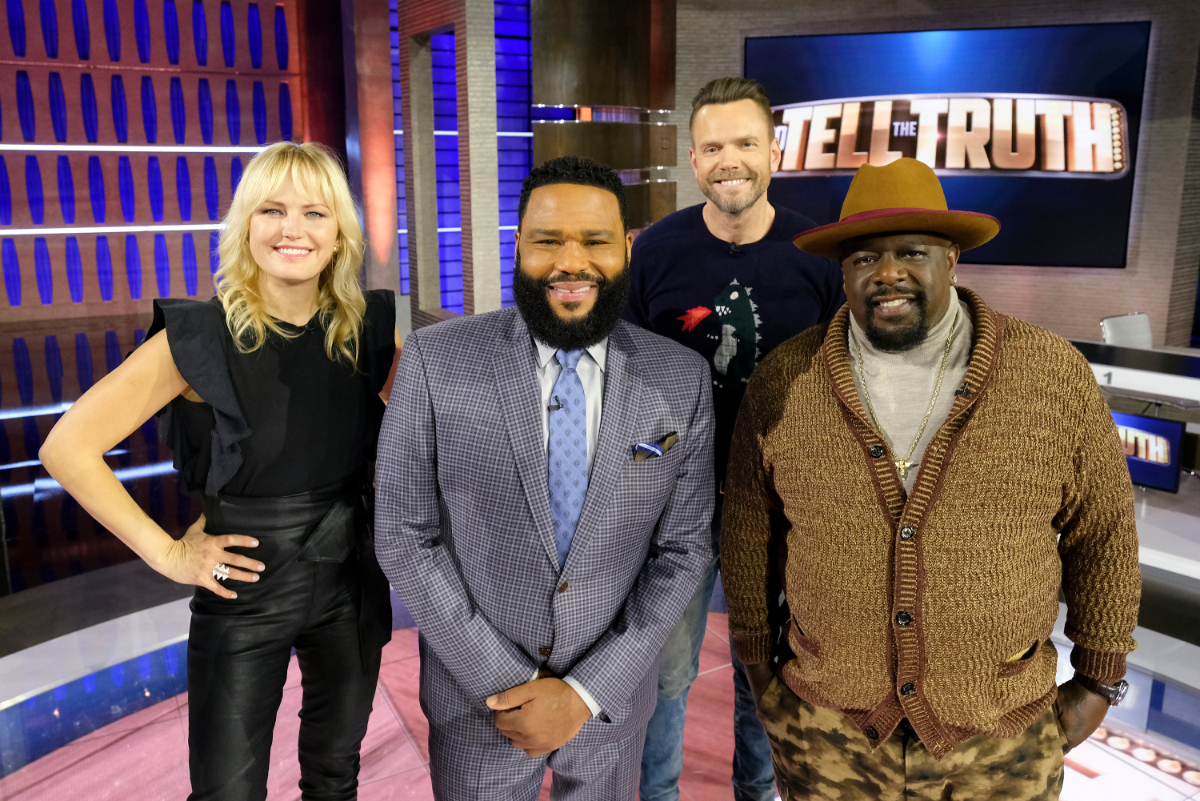 On the next ABC series To Tell The Truth, ABC Card Sharks host Joel McHale may be used to being in control of the game show, but not this time as some hilarious Santa Claus actors are in the bug light answering the questions of the show’s celebrity guests.

A lineup of Santas are asked detailed questions about their beards, bellies and even Mrs. Claus in TV Shows Ace exclusive clip below.

Game show participants include Cedric the Entertainer, Malin Akerman and Card Sharks host Joel McHale who will be competing on the episode which will air on Tuesday.

Their Santa contestants are sitting in the hot seats of ABC’s To Tell The Truth as they answer questions and try to convince the panel they are the real Mr. Claus.

About To Tell The Truth Santa episode

On Tuesday’s episode of To Tell the Truth, hosted by Anthony Anderson, the three stars get an earful from these bearded and disguised men who are portraying Santa Claus.

It is “naughty list” making time as this funny clip is bringing three “Surfing Santas” to the show to see who is telling the truth.

The episode features celeb guest stars Joel McHale, Cedric the Entertainer and Malin Akerman who are all putting their best lie detections skills to the test.

The Santas’ answers are unintentionally hysterical at times. McHale cross examines like a pro, as Malin appears amused and Cedric can’t believe what he is hearing.

Number two Santa gets a grilling from McHale.

Number two Santa says: “I don’t use a beard.

McHale is caught off guard. He says: “That’s natural?

Number two says: “No. I’m like the Santa junior out there…”

McHale continues and says: “And so do people actually think you’re Santa out there or just like, ‘Oh there’s that weirdo on the pointy hat’?

Santa says: “No. I got the suit to go with it.” Undaunted, McHale continues the questions.

He says: “You wear the belly that was not too cumbersome but the beard was?”

The questions go down the board as one Santa is asked about his Mrs. Claus. Number two pipes in again and says: “I don’t have a Mrs. Claus anymore.”

The guests all ask, why?

Number two Santa goes for the win as he deadpans and says: “She wasn’t helping Santa enough. She wasn’t Santa’s little helper.”

About the series for ABC

To Tell The Truth is hosted by black-ish star Anthony Anderson, and is a funny reimagination of the legacy game show, and it features prominent actors and culture icons with their spin and unique commentary and chatter from Anderson’s mother, Mama Doris.

To Tell the Truth airs Tuesday at 8/7 c on ABC.