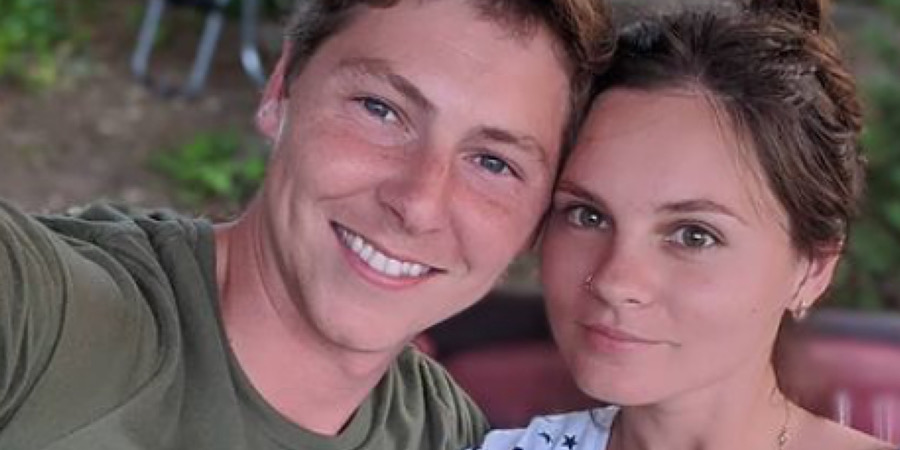 Viewers may know the status of some of the current 90 Day Fiance cast, others remain a mystery. Luckily, we have the answers to where the Season 8 cast currently stands. Did the couples stay together, marry, or part ways? Keep reading to find out and some are shocking!

The one fun thing about 90 Day Fiance is it’s a franchise. So, viewers can see their favorites transition from 90 Day Fiance: Before the 90 Days to the actual engagement process. For Season 8, TLC brought back Tarik and Hazel. The couple appears on Season 2 of Before the 90 Days. Tarik is originally from Virginia while Hazel is from the Philippines. While in the Philippines for the first time, Tarik popped the question and returned home engaged. Hazel will now join him along with her young son. However, in her ideal relationship, she would add a girlfriend to the mix. Let’s see how it all plays out.

Rebecca and Zied are also featured. They first met when Rebecca traveled to Tunisia on Season 3 of BT90D. The 49-year-old used filters on many of the photos she sent her much younger boyfriend. She also failed to tell him she was in the process of getting a divorce. Still, they got engaged and he is moving to America. So, where do these two couples stand? A marriage license was filed last April in Georgia for Rebecca and Zied and they tied the knot. As for Tarik and Hazel, she could not bring her son. Tarik has been okay with them having an open marriage but there is no documentation they went through with said marriage. But, it looks like they are still together.

The Rest of Season 8’s Fate

Viewers met Mike and Natalie on Season 7 and got them again this season. It did not look promising but looks can be deceiving. The couple will celebrate one-year of marriage next month. Brandon and Julia have quickly become fan favorites. Viewers felt bad for Julia having to succumb to the farming lifestyle and the demands of her in-laws. But, she has gained a voice and is not afraid to use it. The couple is still together and should have gotten married by now for Julia to stay in America. Andrew and Amira were able to be reunited in America despite the pandemic. There is no official word if they have gotten married but all social media signs point to yes.

Jovi and Yara fell in love and soon learned they were going to be parents. Sadly, they lost the baby but continued on with the engagement. They had a rough go of it once Yara moved to the states and bickered constantly. Then, they wed a year ago in Las Vegas. Since the wedding, they welcomed a baby and seem to be doing very well. Finally, Stephanie and Ryan. This is the hot mess express. They get engaged but go on a break. During this break, she cheated on him with his cousin. She hid this information and they got back together. It ultimately did not work out. She was seen dining with his cousin again and now she has a new man altogether.

Did any of this surprise you? You can watch the rest of the season play out Sunday nights on TLC.