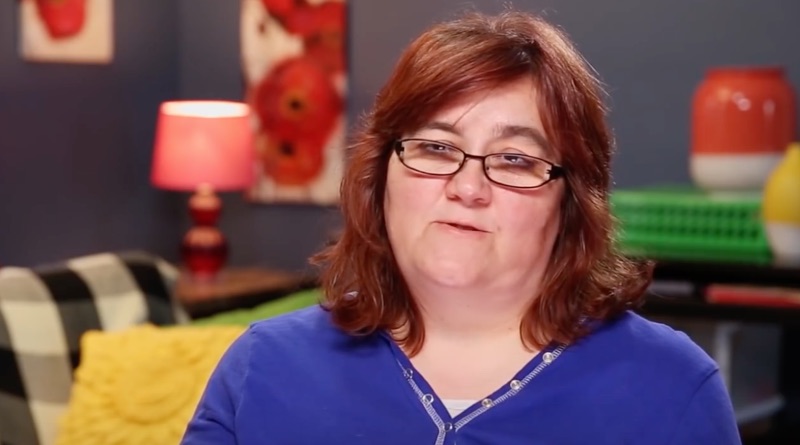 90 Day Fiance cast member Danielle Jbali looks for love on one of the latest spinoffs from the network. And it looks like Mohamed Jbali’s ex has a lot of men sliding into her DMs.

Even though things didn’t work out for Danielle Jbali and Mohamed Jbali on their season of 90 Day Fiance, that hasn’t stopped her from wanting to find love. And it looks like she may have another shot on the latest discovery+ spinoff, 90 Day Diaries.

The new spinoff features returning cast members filming themselves as they go about their daily lives – similar in feel to the quarantine spinoff on TLC. And viewers catch up with Danielle Jbali and everything she currently has going on in her life.

According to Danielle Jbali, she doesn’t meet a lot of guys in-person. But that doesn’t stop them from sending her direct messages. Things ended in disaster for Danielle on her season of 90 Day Fiance with Mohamed Jbali – even though they are on good terms now. But even so, it looks like she hasn’t closed the door on finding love.

Meanwhile, it looks like Danielle may have a new man on the hook. Interestingly, a lot of viewers refer to him as Mohamed Jbali 2.0. Danielle says in clips that the pair have met up in person before. But in her mind, she doesn’t think of it as a “date”.

Still, Danielle Jbali says that this new guy, Gabe, is into her. According to her, it’s something he tells her “all the time”. But based on the latest clips, there’s a catch with this situation.

According to Danielle Jbali, as great as Gabe seems to be, there’s a major issue that she’s wary of. Turns out, this new guy is still technically married. Even so, it looks like she is willing to see where things go. Gabe says in clips that he wants to see her again as soon as COVID-19 is over. As a bonus, the pair is only four hours away from one another.

90 Day Fiance watchers know that cast members still being married while currently seeing their love interests is a common theme on a lot of seasons. Viewers saw this with Rebecca Parrott and Zied Hakimi. And even though Zied lost his cool when he first heard the news, that didn’t stop the TLC pair from eventually tying the knot. So, it’s possible something similar happens for Danielle if things progress with this new guy.

Still, it looks like 90 Day Fiance celeb Danielle Jbali takes the cautious approach. Regarding her potential new guy’s divorce, she said she would believe it when she sees it.