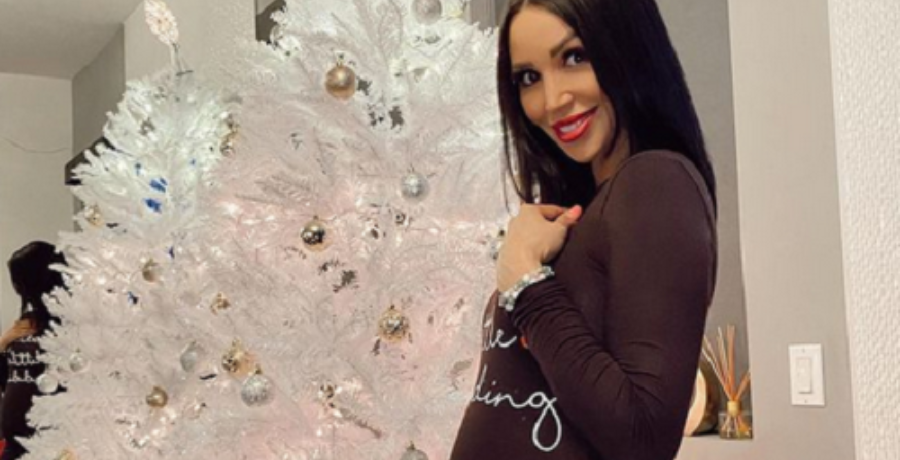 Scheana Shay showed off her baby bump. But instead of a nude photo, she opted for a black catsuit. The Vanderpump Rules star had a sexy date with her boyfriend Brock Davies. The two spent some much needed time together before the arrival of their little one.

Last year, Scheana was the latest cast member to announce her baby news. She’s expecting a girl with her longtime boyfriend. The mom-to-be has been proudly displaying her baby bump on social media. And this time around is no different.

Vanderpump Rules star goes on a date with Aussie boyfriend

According to Bravo’s Style & Living blog, Scheana Shay showed off her ever-growing baby bump in a black curve-hugging catsuit. It doesn’t matter whether she wears a string bikini or nothing at all. The reality star loves to show off her bare bump. Just recently, Scheana wore a sexy little outfit.

On her Instagram Stories, she revealed that she was having a “date night” with her boyfriend, Brock Davies. On Friday, February 5, Scheana sported a half-up, half-down hairstyle along with her black jumpsuit and matching ankle boots. Brock wore a blue suit jacket with cuffed pants. He accessorized the look with a man bun, black loafers, and a colorful button-down shirt.

This is just one of the looks that Scheana has been showing off lately. The first-time mother has been documenting her journey on social media. Scheana is looking forward to the arrival of her baby girl after a difficult year. Previously, the “Good as Gold” singer shared her pregnancy diet and gave a sneak peek at her baby’s nursery.

Staying on top of her health. Scheana Shay had a glucose test scare. But there’s a happy ending to this story. The Boy Crazy founder said she does “not have gestational diabetes” as previously thought. She shared the results of her glucose test with her followers on Thursday, February 4.

“Guess what? I got good news from my doctor today,” the 35-year-old said on her previous Instagram Story, according to Us Weekly. “They said that my three-hour glucose test came back normal so that means I do not have gestational diabetes. However, I am still going to stick with the low-carb, low-sugar diet for the rest of my pregnancy because it’s not like it’s gonna hurt me to be extra healthy.”

Scheana admitted that she “already put on quite a bit of pounds.” So, she wants to “stay as healthy as possible” for her little one. Last year, the California native announced that she had “really high” glucose levels in a tear-filled video. The concerned mother was frustrated over the news since she tries to “do everything right.”

But it looks like Scheana can rest easy. She had every reason to celebrate on Friday night. Brock is already the father of two kids from a previous relationship. The couple just suffered a “devastating” miscarriage in June 2020.

Check with TV Shows Ace for the latest news on Scheana Shay.