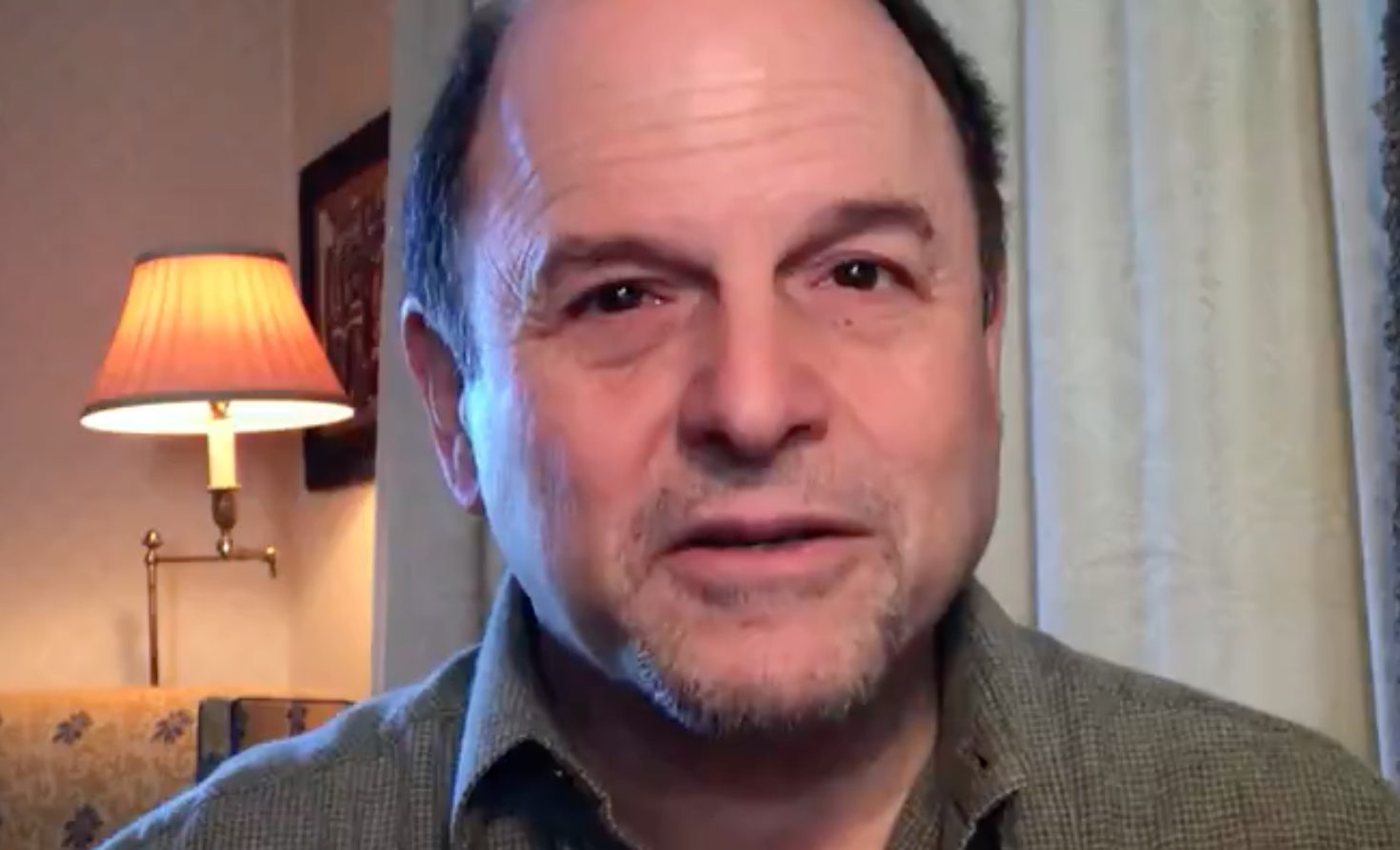 The new Tide commercial featuring Jason Alexander has Super Bowl LV viewers freaking out. They want to know who he is, and they also need to know where they can get the hoodie from the ad. So, what happened during the commercial, and what’s all the excitement about?

Shortly prior to halftime, a commercial featuring Jason played. The commercial features a teenaged guy who refuses to wash his hoodie that has a photo of Jason printed on it. The commercial shows clips of everything that’s happened to the hoodie. The dog drools on it, food gets spilled on it, sweaty socks get thrown on top of it, and more. So, his mom obviously wants him to wash it.

The hoodie is animated and Jason’s facial expressions change as things happen. Jason spoke with US Weekly about the ad, explaining that he had to take “hundreds and hundreds of photographs making faces.”

At the end of the ad, Jason himself makes an appearance. He honks at the teenaged guy who’s now wearing his clean hoodie as he walks across the street. Jason yells, “Hey, that’s my face! You can’t just wear my face.” The guy replies, “My mom told me to say ‘I’m sorry.'” Then, Jason says, “Give me back my face!”

Who is Jason Alexander?

After watching the ad, fans struggled to remember who Jason is. They think he’s unrecognizable now. Well, Jason played George Costanza on Seinfeld. He’s now 61 years old. He looked much different when he was on the show, which ran from 1989 to 1998. Since then, viewers haven’t seen a lot of him. So, that’s likely why there is so much confusion over the ad. They don’t know what happened to him and why he’s changed so much.

Jason Alexander is at that stage of life where he looks better as a sweat shirt pic.twitter.com/Wx5trxnypM

Twitter is blowing up over the commercial featuring Jason. It looks like viewers have a lot to say about the advertisement. Some think it’s weird, while others absolutely love it.

Many Twitter users are pointing out how different Jason looks now. They believe that he’s had plastic surgery because he looks so different.

Trying to figure out if Jason Alexander had work done pic.twitter.com/UQTImZ4bAV

In addition to fans reacting to the new commercial, Jason himself put out a tweet. He writes, “Ok, you *can* just wear my face. Contribute to a good cause for the chance to win the #TideHoodie.” Tide is giving away hoodies with a donation as a way to give back.

Ok, you *can* just wear my face. Contribute to a good cause for the chance to win the #TideHoodie
100% of contributions benefit @FeedingAmerica and @M25M_org #SBLVhttps://t.co/Fo0MtEUq2J

So, what do you think of the new commercial featuring Jason Alexander? Share your thoughts in the comments below.