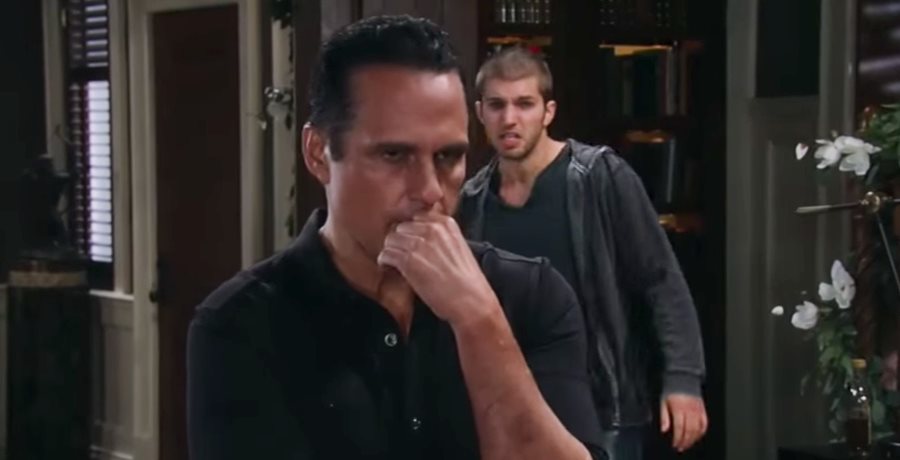 General Hospital stars Maurice Benard (Sonny Corinthos) and Bryan Craig (Morgan Corinthos) have been spotted spending a lot of time together recently. The two have stayed close since Bryan departed the soap that worked together as father and son.

New posts on social media reveal some projects the two are working on together and other big news yet announced. GH fans have been hopeful Bryan Craig would reprise his role on the ABC soap, and it certainly appears this wish will be granted.

General Hospital alum Bryan Craig has made it known he’s open to returning to daytime soaps since his primetime ABC series Grand Hotel was canceled. He’s expressed interest in any soap that would have him. Of course, he’d be an excellent addition to any soap cast, but GH fans rather Bryan Craig return to the soap that made him a household name.

General Hospital star Maurice Benard and his former on-screen son Bryan Craig have many projects currently together. The two are doing joint Cameos for their fans. Plus, Bryan Craig’s lined up to guest on Maurice’s podcast State of Mind. All this togetherness has fueled the fire of Bryan’s return to General Hospital as Morgan Corinthos.

General Hospital fans wonder if the former cast member is back on set. So far, the powers that be at ABC have not confirmed or denied this to be true. However, with all the recent swarm of joint social media posting and either venture, it certainly appears the return of the not-so-dead Morgan Corinthos is in the works.

General Hospital spoilers recall Morgan Corinthos “died” in a car bomb explosion a few years back. However, his body never surfaced. This left fans with the hope he somehow survived. After all, this is a soap opera, and it’s par for the course for the dead to return alive- often with amnesia.

Morgan Corinthos’ name appeared more than usual by many characters on General Hospital. Usually, when a character is returning, whether as a recast or reprisal, the writers work the character’s name into conversations to start getting fans ready for the big return story arc.

The timing couldn’t be any better. Currently, Morgan’s father, Sonny Corinthos, suffers from amnesia after he fell from the bridge. He’s currently going by his given name of Mike (Michael Corinthis Jr). Additionally, “Mike” is dealing with discovering he’s bi-polar. So perhaps Mike meets a fellow amnesiac in a support group or something along those lines.  That is a probable way to reintroduce Morgan to the canvas. The two will have an uncanny connection.

General Hospital spoilers tease Morgan is the key for Sonny to regain his memories. February sweeps is in full swing on the ABC soap. However,  the end of the month promises an earth-shattering revelation. Could that be the triumphant return from the dead of Morgan Corinthos?