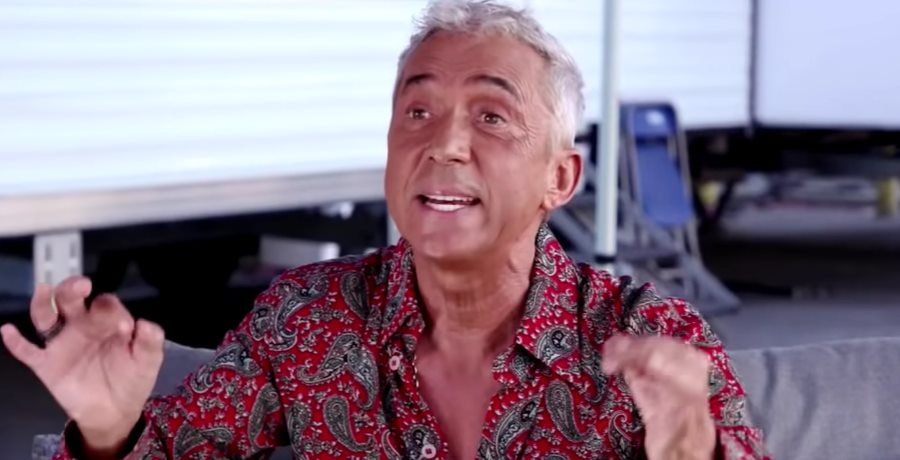 Bruno Tonioli Isn’t Coming Back To Strictly — But How Long Will He Be Away?

“Bruno can’t commit to both shows right now and is staying put in LA — it’s a better lifestyle there, with great weather, which is good for his health,” an inside source told U.K. publication, The Sun. The Sun reports he earns much more money from DWTS, so finances were also a factor. But even so, he will likely show up in video links like he did last year.

However, don’t expect a permanent replacement for Bruno on Strictly. The Sun also reports that the network will hold his seat for him until 2022.

“Of course, Bruno will be back — he’s irreplaceable,” the source added.

Bruno Toniloi broke his British fans’ hearts back in August when he officially announced he wouldn’t appear on Strictly Comes Dancing in 2020.  Although American fans were incredibly thankful he chose Dancing With The Stars.

Fans Have Mixed Feelings About Dancing With The Stars Changes

Head judge Len Goodman chose not to return to DWTS due to the pandemic, and American audiences couldn’t take many more changes. Tyra Banks replaced Tom Bergeron and Erin Andrews as show host for Season 29. While viewership remained high, irate people on social media overwhelmingly didn’t think it was a good casting choice. Imagine how upset fans would be if the show lost Bruno too!

Although fans missed Len Goodman, many thought Derek Hough made an excellent replacement. There are currently rumors that Derek may be a permanent replacement. Len hasn’t said much about whether or not he will return to DWTS this fall, but he is older than Bruno and has more health conditions. It’s not unthinkable that Len will stay in the U.K. this year too.

ABC hasn’t officially renewed Dancing With The Stars for Season 30 yet, but show execs are already hard at work making plans for the next season. Producers are reportedly torn on whether or not they want to cast political figures in the upcoming season. A political figure would definitely rake in views, but producers aren’t sure if they want to handle the controversy.

Adam & Danielle Busby Spill Secret: They Have A New Baby Boy!!!
‘Days Of Our Lives’ EXCITING Comings & Goings: Johnny DiMera All Grown Up – Rex Brady Back
Jessa Seewald’s Kids Meet Their New Baby Sibling: See Photos
No Longer Boy Crazy? Scheana Shay Gets The Life She Wants
‘Love Island USA’: Aimee Flores Refuses To Give Her Cookie To Any Man