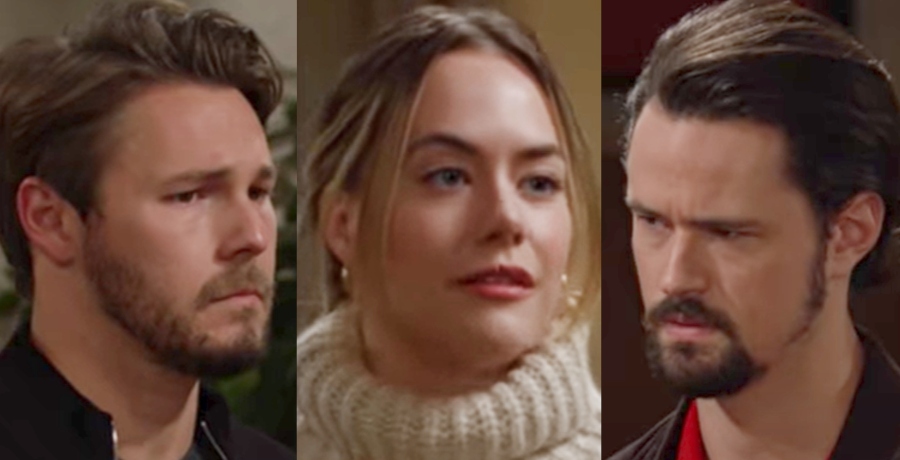 On The Bold and the Beautiful  Thomas Forrester (Matthew Atkinson) has never wavered in his feelings for Hope Logan (Annika Noelle). He was willing to win her heart by any nefarious means.  The main obstacle to his beloved was her undying love for Liam Spencer (Scott Clifton). It seemed like the troubled Forrester designer never stood a chance. Recent developments on B&B may have changed the tide in his favor.  Can he finally win the girl of his dreams?

‘The Bold & the Beautiful’: Liam’s Indiscretion May Work in Thomas’s Favor

On B&B Liam recently slept with Steffy Forrester (Jacqueline MacInnes Wood) after mistakenly believing he saw Hope kissing Thomas.  Steffy is pregnant and unsure if the baby is Liam’s or John “Finn” Finnegan’s (Tanner Novlan).  The “who is the daddy” dilemma on The Bold and the Beautiful has many fans clamoring for Hope to kick Liam to the curb. Even more surprising is many B&B fans are wanting Thomas and Hope to get together. Although Liam has spent countless hours begging for forgiveness, his future with his wife is far from certain. A lot is riding on the DNA test that was recently run on the baby. Thomas has been supportive of Hope. He has even encouraged her not to give up on her marriage. Given his past, can he be trusted?

On The Bold and the Beautiful Thomas has a checkered past. He has kept Hope and Liam’s baby from them. The Forrester outcast has manipulated his own son Douglas (Henry Joseph Samiri) to get to her. He foolishly believed that marrying Zoe Buckingham (Kiara Barnes) would make Hope jealous. He was so delusional he made out with the Hope mannequin. However, it turns out that the young Forrester was suffering from a brain tumor. He has since recovered and is seemingly a better man.

B&B spoilers for next week show that  Thomas is eager to regain trust. To that end, he will hold himself accountable to Ridge Forrester (Thorsten Kaye) and Brooke Logan ( Katherine Kelly Lang).  Is his change real or is he looking for support now that he has a golden opportunity to make inroads with Hope?

Liam: I'm not asking you for forgiveness anymore, I won't ask that. What I will ask for you to give me the chance to prove I'm worth forgiving. If you can give me that, it would make the happiest man in the world.

The Bold and the Beautiful spoilers indicate the week of Feb 9th Hope Logan makes a difficult decision about her future with Liam after a revealing conversation with him. His lack of trust resulted in Steffy possibly carrying Liam’s child. It may be the nail in the coffin of Hope’s marriage.  She may be done with Liam’s waffling whether he is the father or not. Could Hope end up in Thomas’s eager arms?

Come back often to TVShowsAce for more Bold and the Beautiful updates.

Watch The Bold and the Beautiful weekdays on CBS.

‘Grand Tour’ Star Jeremy Clarkson Coming Back For ‘Clarkson’s Farm’ Season 2
Wait, Did Nic Kerdiles Just Defend Savannah Chrisley’s Honor?!
Savannah Chrisley Under Fire For Catching A Shark: Did She Release It?
‘Love Island USA’: What To Know About Casa Amor, Including Air Date
Adam & Danielle Busby DRAGGED For Getting ANOTHER Designer Dog