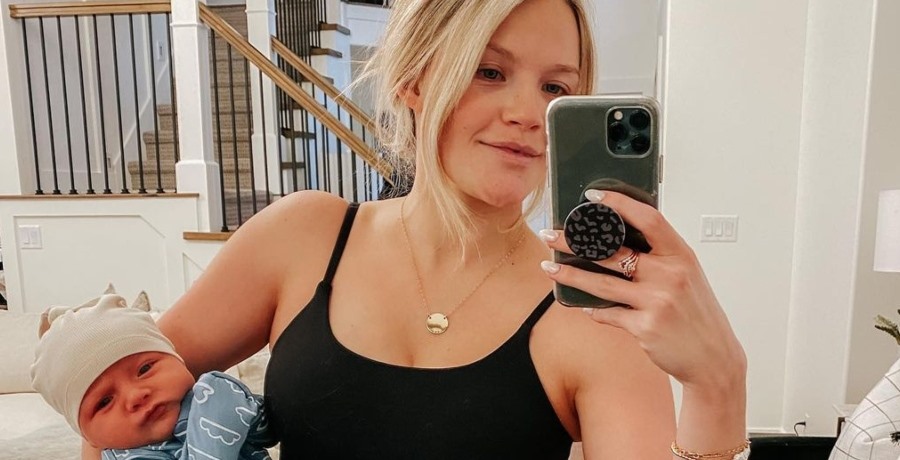 From the beginning of her pregnancy, Dancing With The Stars pro Witney Carson adamantly said she didn’t want to have a C-section. But things happen, and she had to have one anyway. Her birth story isn’t quite what she planned, but her son is happy and healthy. And that’s what really matters to Witney. She recently opened up to fans about her postpartum journey.

“My post partum journey has been anything but glamorous. I remember the day after I had the c-section, and the nurses were getting me out of the hospital bed I cried & thought to myself, “I’ll never recover from this!” 😭😂” the dancer began in an Instagram post. “Even though that thought was so scary for me, I was and am SO proud of this body, that it protected and nurtured this little human. Our bodies are truly amazing.. here’s to the women!! 👊🏻💪🏼”

Commenters showed overwhelming support for the new mom. Witney just gave birth a month ago. But you really wouldn’t know it just by looking at her photos!

Witney Carson Loves Being A New Mom, But Admits It Has Challenges

After posting the pic, Witney took to her Instagram story to discuss motherhood a little further.

“So in my last post, I talk a little bit about my postpartum journey and how rough it’s been. All the women who have given birth know exactly what I’m talking about,” Witney said, cuddling her son Leo. “Your body just does not feel normal. It does not feel the same so I am just really looking forward to starting to work out and hopefully feeling a little bit more normal but it’s starting to get a little bit better and obviously it’s so worth it.”

She said some fans pointed out that she looked tired these days. Witney quipped back that she hasn’t had much sleep with a newborn in the house.

Motherhood Is Not Always As Glamorous As It Appears To Be

Her best friend Lindsay Arnold has also been open about her postpartum struggles. Motherhood is definitely no joke! Fans really appreciate how these strong women are shining a light on the hidden side of childbirth people don’t always get to see.

Witney Carson hasn’t said if she wants to return to Dancing With The Stars in the fall. However, faithful fans hope she will make an appearance. DWTS just isn’t the same without Witney! Comment below and let us know if you want to see her return.