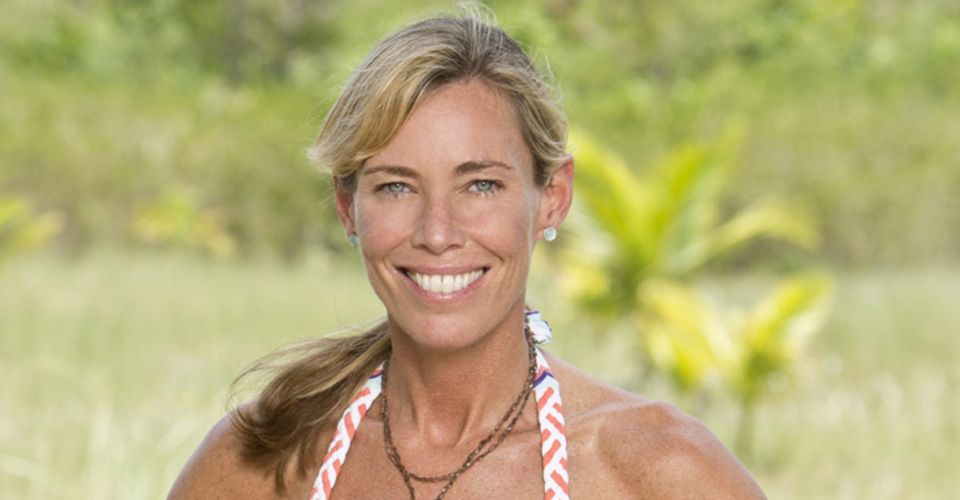 A mystery that plagues Survivor fans and one of the most commonly asked questions over the years has been: Is Trish Hegarty really a man? Now, we know what some of you might be thinking. Who is Trish Hegarty? Why do fans of Survivor wonder if Trish Hegarty is a man?

Understandable question. But, this is a Survivor mystery that has trended more than a few times over the years. To quench your thirst for knowledge, we decided to do a little digging. And, here’s what we’ve learned about who Trish Hegarty, where she is today, and why people seem obsessed over whether she is a man.

Who is Trish Hegarty, anyway?

There’s actually a lot of mixed information about who Trish Hegarty is. Even down to how old she is. There are many media outlets that report her as being 48-years-old. That, however, is also the age listed on her Survivor cast profile. So, we assume that is how old she was when she was on the show. Other sources report her birthday as October 9, 1965. This would make her 55 years old.

Trish Hegarty was a contestant on Survivor: Cagayan. She was a memorable player because she quickly became labeled as the weakest member of her tribe on Day 1 during a round of First Impressions. She, however, ended up being one of the most powerful players in the game. Unfortunately, Trish Hegarty was the victim of a blindside near the end of the game. But, it wasn’t before having a huge hand in a few blindsides of her own doing first.

According to Republic World, there are a few questions fans of Survivor ask pretty often about Trish Hegarty. For starters, they ask how old she is. And, we’ve already established her age. Next, they ask about her weight loss. Finally, fans of the CBS reality TV series seem especially interested in her gender. More specifically, they question if she’s a man.

Ok so, is she really a man?

Trish has her athletic body and her strength to thank for fans of Survivor taking an interest in her gender. Many viewers of the show just felt there is no way this powerful player could be a woman. She had to be a man. So the rumors spread and the questions started. Is Trish Hegarty a man quickly became one of the biggest Survivor mysteries.

According to Republic World, the Survivor alum has touched on why some might question her gender and mistake her for a man. She believes she has her upbringing to blame for the confusion. She grew up surrounded by four brothers. They are all hockey players. And, they were good at it. Trish Hegarty had to be tough to survive her brothers growing up.

Trish Hegarty responds to the gender rumors she is a man

Now, the obsession over her gender is no secret. Trish is well aware of it. In fact, she’s responded and reacted to it on social media a few times. An older report from According to Mandy reveals the Survivor alum took to Twitter to crush the rumors she was actually a man.

She declared that she was very much “one of the guys.” But, that did not make her a man. In fact, as far as her gender is concerned… She’s very much a woman.

Beyond gender, fans also wonder about her weight loss

Why are fans of Survivor so obsessed with her gender and age?

Survivor Season 28 took place back in 2014. So, we know what you are thinking…. Why are people so obsessed over an old member of the Survivor cast? How strong Trish Hegarty was during her time on the show. And, how powerful she was captivated fans of the show. And, they wanted to know everything about her. So, she became a Survivor mystery people needed to solve.

Survivor is a long standing reality TV series on CBS. The series has run for 40 seasons. As such, this is a series that picks up new fans all of the time. This is the kind of show entire families sit down and enjoy together. So, it would make sense that fresh fans might go back and binge on old seasons of the series. And, perhaps, they stumble upon Season 28 and get just as interested in Trish Hegarty as those who watched Cagayan when it aired were.

Trish Hegarty 2021 Update: Where is she now?

Screen Rant reveals part of the reason fans love this woman is because of what they’ve learned about her. She had a pretty difficult life before being on Survivor. The combination of her personal challenges and her time on the show shaped her into a very strong person. Over the years, she’s had to battle with loss and anxiety. Her brother also had an addition to heroin. And, this took place when heroin wasn’t a drug society knew much about.

Today, she uses her strength to educate teens and pre-teens. She travels and offers what she calls a “Rock Your Resilience” assembly.

In the YouTube video above, she explains: “I really have a passion for kids and making a difference to the youth. I feel like kids are under so much pressure dealing with so many different obstacles, and I really think a lot of kids at a really early age give up a lot of hope. My mission is to try to get into every school system to tell my personal story of the obstacles that I’ve overcome.”

Her message and efforts have been successful

Trish admits the success of her efforts with this assembly have been overwhelming to her.

I was overwhelmed at how open these kids were to our stories, and how much we touched them. I never anticipated these kids literally jumping off their seats and coming up to me and spewing at me with all of their problems. It reminded me and opened my eyes to how much these kids are suffering and what they’re going through on an ongoing basis, and how much they need a voice and a support system.”

Fans recognize her as a fierce competitor. She is seen as inspirational. And, this is why she is a Survivor mystery. This is why fans of the CBS reality TV series remain obsessed with her. Moreover, this is why questions regarding her gender and age continue to come up.

My beautiful date to the party!!! pic.twitter.com/Syc8hLT8nN

Do you find it strange people wonder if Trish Hegarty is a man because of her strength? Share your thoughts on her time on the show and what she’s doing now with us. Moreover, stick with us for the latest Survivor news and updates.