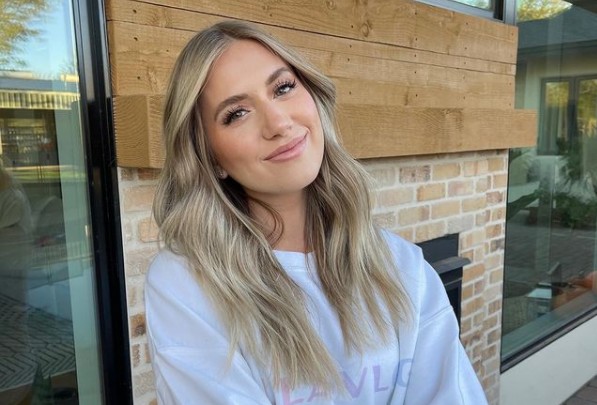 Lauren Burnham and Arie Luyendyk Jr. tried for months to conceive following her miscarriage last Spring. Now, the Bachelor couple is expecting twins. And, Lauren is sharing with the world the incredibly awkward moment she shared her pregnancy with Arie. It definitely wasn’t the most opportune time, but for them it made a few things make sense.

US Weekly detailed Laurent’s story about how she told Arie they are pregnant again. And, as it turns out it probably wasn’t the best time to tell him the huge news. Lauren told Arie she was pregnant during an argument.

Arie said, “Whenever she gets pregnant, there’s some arguing that we have.” He continued, “Lauren tends to get a little … combative. I don’t even know how to put it. So I was watching TV and she was in her room and we had argued about something really dumb. And then she’s like, ‘I’m pregnant.’” Arie went on to say, “I was like, ‘Of course you are. Of course. This is exactly what happens.’”

Prior to the argument Lauren told Arie she felt like she was about to start her period. She said, “I kept telling him too. I was like, ‘I feel like I’m about to get my period because I just have that feeling.’ So he was convinced that I was on my period and then, surprise, I wasn’t. ‘You can’t be mad at me anymore. I’m pregnant.’ I’m so thankful to say that I was crazy for a reason now.”

While it may not have been the most perfect moment, it fixed the argument and made everything better. 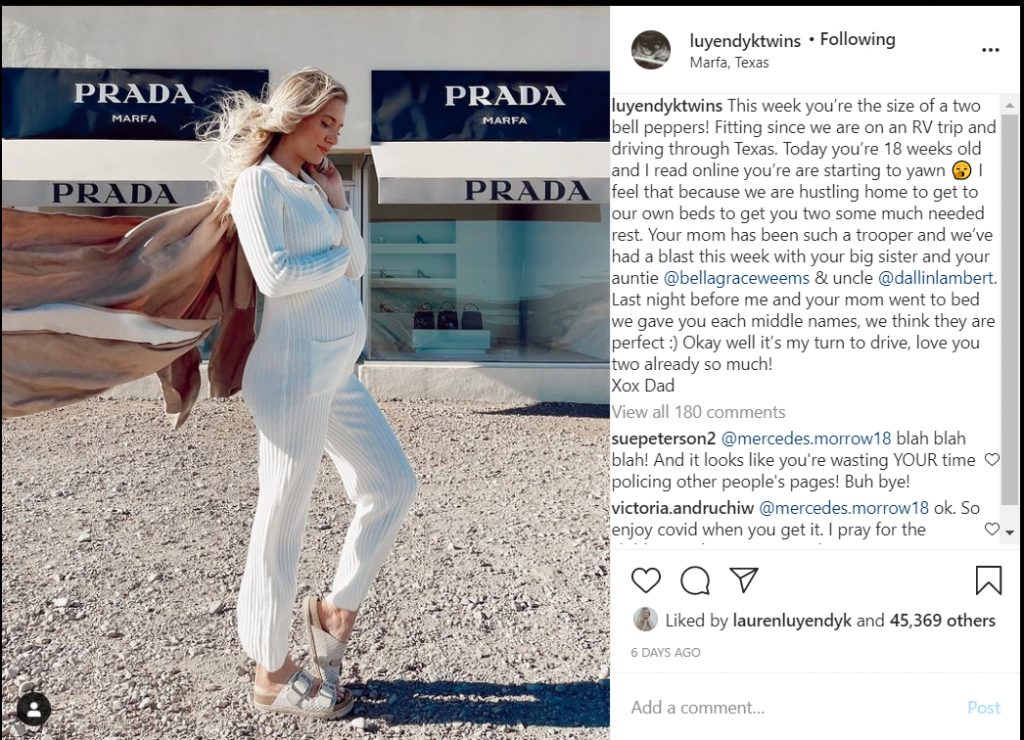 Her pregnancy so far

Lauren said she was very sick in the beginning of this pregnancy. And, they found out they are having twins. She has also said her hormones have been crazy and she cries at literally everything. Plus, it’s different from her pregnancy with Alessi. Lauren said with this pregnancy she doesn’t want sweets at all. With Alessi she wanted all the things that were bad for her.

The couple announced recently they are expecting a boy and a girl this time around. The twins are doing well and her pregnancy is progressing as it should be. Lauren has been documenting the twins growth and development on their very own Instagram page. She hopes one day the twins can look back on it to see how her pregnancy was.

While twins are known to make their debut early, Lauren’s due date is in June 2021.

‘When Calls The Heart’ Season 9 Has Started Filming: All The Details
Clay Harbor Defends Andrew’s Choice To Leave ‘The Bachelorette’
Amelia Hamlin Really Loves Scott Disick’s Bald Head
Amber Portwood Reveals The Positive Life Changes She Is Making
‘My Feet Are Killing Me’ Season 3: Release Date, What We Know