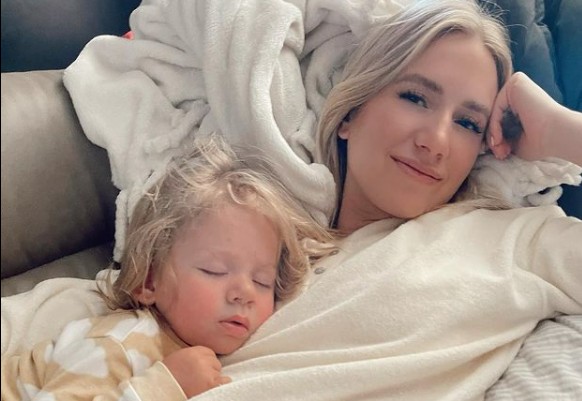 Fans of Bachelor couple Arie Luyendyk Jr. and Lauren Burnham know they were crushed when she miscarried in Spring 2020. Since then, she was anxious to become pregnant again and add to their growing family. It took several months but they succeeded. Lauren and Arie announced in December they are expecting twins. Now, fans have asked multiple questions about what they did to conceive. Lauren and Arie dished on creative methods they used to help conceive their babies.

Arie Luyendyk Jr. and Lauren Burnham are dishing on ways they used to conceive twins

US Weekly shared all the creative ways Arie and Lauren said they used to conceive this time around. First of all, Lauren used a pretty common method. She tracked her ovulation schedule. She said, “Doing that was great because I learned what my cycle was, but it also stressed us out a time.”

Former Bachelor Arie said it put a lot of pressure on him to perform when Lauren would tell him she’s ovulating. He joked, “Oh, my goodness, 20 days in a row?”

Lauren went on to say being intimate became no fun because they were feeling the pressure of it all. So, Lauren said, “After that, I was like, ‘All right, fine. I either need to stop using them or just not tell you about the results of the ovulation test.’ And that seemed to work a lot better for us.”

The month Lauren conceived the twins they decided to try something a little different and creative. She said, “I was like, ‘Oh, whatever, this might work. It might not, but I’m not going to put all my eggs in that basket. So, I started using it and little did we know that month we got pregnant. And I was like, ‘Oh, my gosh, this stuff is gold. It worked.” 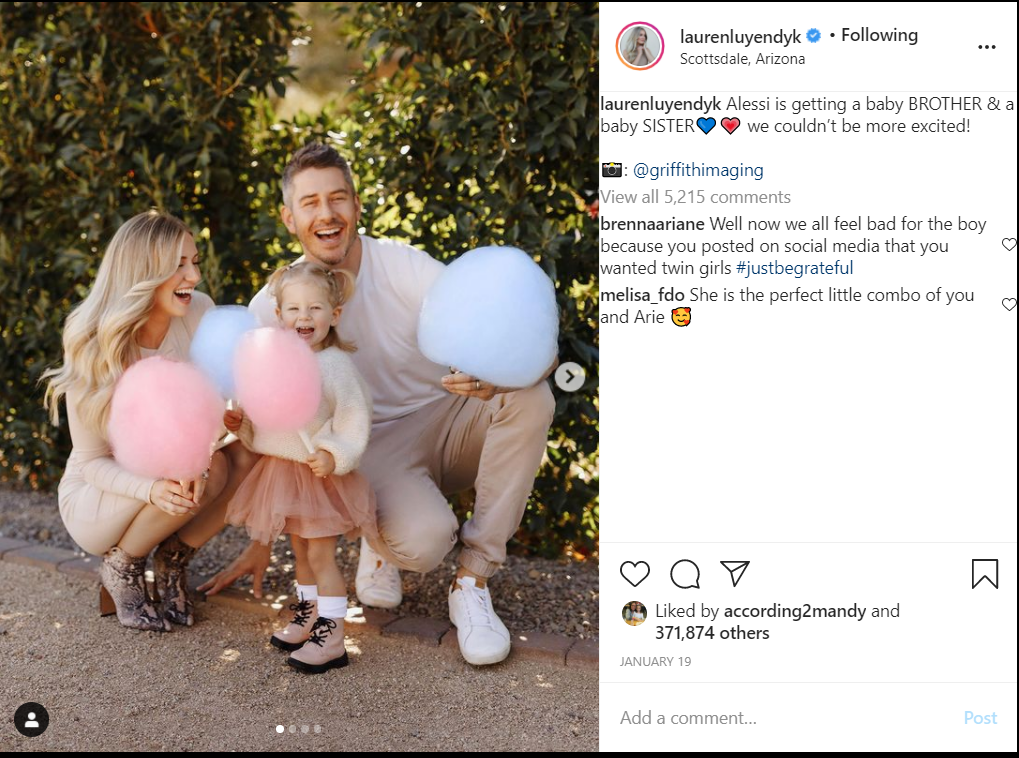 Their journey to conceive

Lauren said the women in her family had no issues conceiving. In fact, they considered themselves “Fertile Myrtles.” She reminded fans they had no issues conceiving Alessi. She was a surprise to them both. Then, Lauren suffered the miscarriage which sent her into a downward spiral. Many told her following a miscarriage was easy to conceive. That wasn’t the case for Lauren and Arie. It took six months before they found out she was pregnant with their rainbow baby. And, of course everyone knows now they are having twins, a boy and a girl.

She’d never thought about having issues getting pregnant until she experienced it herself. Now, she is doing well and anxious to meet her two little miracles. If she makes it to her due date, the twins will arrive in June 2021.

Fans can’t wait to see these little bundles of joy. Stay tuned for more updates on Arie and Lauren.