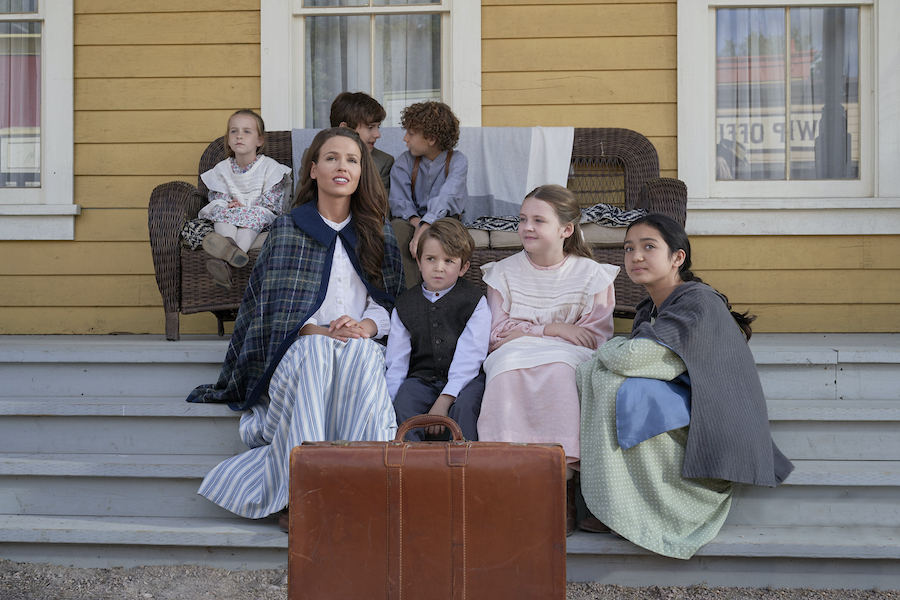 Hearties may be excited because When Calls The Heart Season 8 will be premiering on February 21. But, they are still waiting for news on When Hope Calls Season 2. Never officially canceled, Hallmark has been mum on the future of the WCTH spinoff.

Hearties are getting excited for a new season of When Calls The Heart. In this eighth season, Elizabeth (Erin Krakow) will finally choose between Nathan (Kevin McGarry) or Lucas (Chris McNally). But these same fans would wish Hallmark would make a major decision on When Hope Calls, the WCTH spinoff.

On Thursday, Heartie Lissette Shiffer tweeted “Okay @hallmarkchannelthe Hearties need a season 2 of @whenhopecalls so we can see more Mountie Gabe, more Chuck and Grace, more Lillian and the rest of the cast! Please give us some hope in this crazy time! #hearties #hopefuls @RJHatanaka @MorganKohan @jocelynhudonx #TeamChase.”

This series first premiered in August 2019, and fans want to see the spinoff back for another season. Has Hallmark renewed it for Season 2?

Hallmark Has Not Renewed When Hope Calls

Hallmark has been totally mum on When Hope Calls. After the first coronavirus quarantine in 2020, they made some bold announcements that included renewing When Calls The Heart Season 8, The Good Witch for Season 7 and Chesapeake Shores for Season 5. They just neglected to mention anything about When Hope Calls. They have neither canceled it nor have they renewed it.

In 2019, the spinoff aired on the Hallmark Movies Now app. Then, last year, they aired the series right after new episodes of WCTH Season 7. They got viewers. Carter Matt reported that nearly two million viewers in the 18-49 demographic watched the final episode. Yet it has not been renewed another season.

Not feeling well so watching one of the shows that makes me feel so much better. @whenhopecalls @MorganKohan @jocelynhudonx @RJHatanaka @GregHovanessian @itsmarshallw @hallmarkchannel can you please give us a season 2 so I can continue to have this great show to always be here. pic.twitter.com/BMirzdf8fc

Is Coronavirus To Blame For Hallmark’s Lack of Renewal News?

Despite the worldwide coronavirus pandemic that pretty much stunted the movie and television world, Hallmark has been blessed to be filming most of their shows out of Vancouver, Canada. That includes When Calls The Heart and When Hope Calls.

They have managed to create effective protocols that have not delayed production of their Christmas movies, or their television shows. Granted, Hallmark had to nix the 2020 WCTH Christmas movie and the annual Good Witch Halloween episode, but they still put out 40 new Christmas movies, with only one being an acquisition.

That said, the coronavirus should not be the reason for the uncertainty surrounding When Hope Calls Season 2.

Now that When Calls The Heart Season 8 is returning, perhaps Hearties will start to pressure Hallmark to renew the series. But for now, the show is in limbo.

When Calls The Heart Season 8 premieres on Sunday, February 21, at 9 p.m. on the Hallmark Channel.