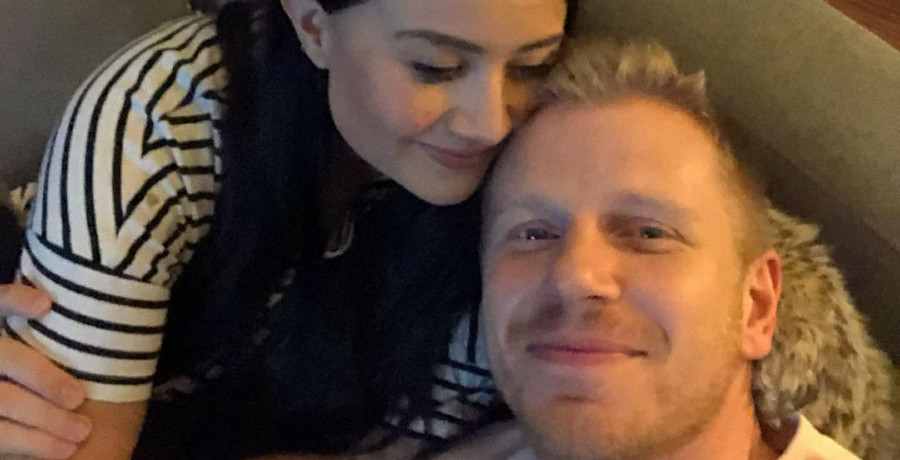 There is renewed speculation about producer manipulation on The Bachelor since Matt James’ season started. It began when he gave this season’s villain, “Queen” Victoria, rose after rose, keeping her around for the first few episodes. She was finally sent packing during episode 5 when her bullying came to light.

But in the wake of her reign of terror, Bachelor Nation alum Dylan Barbour spoke out with his experience on the show.

Dylan Barbour was a contestant on Hannah Brown’s season of The Bachelorette. After he was sent home during Season 15, he made his way to Bachelor in Paradise. It was on BiP that he met Hannah Godwin. The couple got engaged at the end of the season and are still happily together.

But during his time on Bachelor Nation, Barbour saw some things go down. Especially during Hannah Brown’s season, where Jed Wyatt was accused of cheating on Hannah Brown by having a girlfriend back home. Wyatt denied the rumors, but Bachelorette fans didn’t believe him.

However, according to Dylan Barbour, Jed Wyatt didn’t cheat. It was just edited to look that way by the show’s producers. Barbour later walked back his criticism of the show, saying he had a “positive” experience.

Dylan Barbour opened the floodgates from Bachelor Nation alum. Previous leads and contestants came forward, weighing in with their own experiences. Sean Lowe was the lead on Season 17 of The Bachelor. He has one of the few success stories, marrying his final pick Catherine Giudici. They just celebrated their seventh wedding anniversary.

Sean Lowe recently did a Q&A with fans on his wife’s Instagram Stories. Instagram fan account @gameofrosespod shared a video of one part of the Q&A. A fan asked who picks which contestant for the one-and-one dates each week.

The Q&A was also shared on this Reddit thread.

As viewers of the show know, the dates often focus on the interests (or fears) of that specific contestant.

According to Sean Lowe, “Producers. Always producers” are the ones who set up the one-on-one dates. In a follow-up question, the fan asked if the leads get to choose the person going on the date. Lowe’s response? “Not really.”

For her part, Catherine Giudici disagrees with Dylan Barbour’s experience. In her experience, the producers never manipulated her, nor did she have to talk about things she wasn’t comfortable with.

Therefore, it seems a little odd that she would participate in her husband’s Q&A where he says the opposite. Sean Lowe also confirmed what Bachelor Nation fans suspected all along about the role producers play in keeping the “villain” around longer.

Why Do Villains Stay Around So Long? Sean Lowe Spills the Tea

Sometimes viewers at home don’t realize that the leads don’t know what goes on when they aren’t around. For example, Matt James was clueless about the bullying that was happening in the house. Season 14 Bachelor lead Jake Pavelka had no idea that his final choice, Vienna Girardi, was the most-hated woman in America and the villain of the season.

Sean Lowe backs that up in another Q&A response. A fan asks if producers tell the leads when the contestants are lying. He said no, and that is why the villains stick around so long. He also joked that viewers at home yelled at him for keeping the “villain” around, but he “didn’t know.”

ABC has yet to respond to any of the claims made by Dylan Barbour or the other Bachelor Nation alum. Did you already suspect that producers have a hand in how things go? Let us know your thoughts in the comments down below.

Tune in to Matt James’ season of The Bachelor Mondays on ABC. Chat with other Bachelor Nation fans by joining our Bachelor/Bachelorette Facebook group.