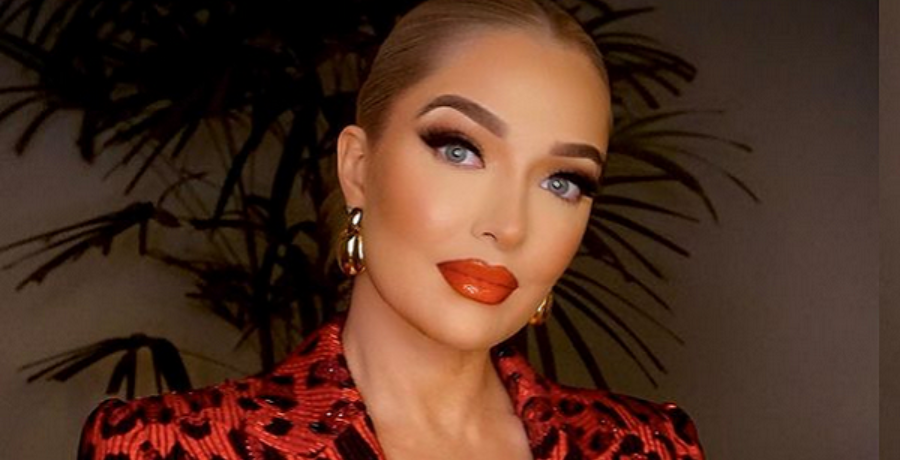 Erika Jayne remains unbothered. Last month, The Real Housewives of Beverly Hills star’s $16 million was reportedly burglarized. The Pasadena Police Lt. Bill Grisafe told Law360 that officers arrived at the home and noticed that someone forced their way in through a broken window.

But they still don’t know what the burglars stole from the home. It’s the very home that Erika shared with her estranged husband, Tom Girardi. The superstar attorney purchased the Pasadena mansion in 1980 for around $1.3 million. This comes after a report revealed that Tom had to leave his mega-mansion.

Erika Jayne not scared about the burglary

On Friday, February 5, Erika Jayne showed off her bodyguard on Instagram. She is not letting a burglary get to her. The reality star posted a photo of herself looking out her balcony with her beloved canine. In the caption, she wrote: “He always has my back.”

Fans flocked to the post to discuss the burglary and her move. One user asked: “Did the robbers get away with any of your stuff ??” Another follower commented: “Sad that you have to leave your home because of a man’s mess.” Meanwhile, another fan wanted to know who was behind the camera.

Erika didn’t look like her usual glam self. She wore a beige hooded sweatshirt with matching sweatpants. She accessorized her look with white running shoes. Her signature blonde hair was styled in braids. It appears that she was still moving her belongings out of that home.

According to The Blast, it’s unclear whether Erika Jayne or Tom Girardi was at home at the time of the incident. Tom is reportedly living alone at the moment. Erika has since moved out into a $1.5 million home near Hollywood. She is currently fighting her spouse in divorce court over spousal support payments.

In the meantime, a judge appointed Tom’s brother Robert as a temporary conservator of his estate. Robert claimed in his petition that Tom is suffering from short-term memory loss and is unable to care for himself. But his creditors don’t believe the claims. Critics think it’s convenient that Tom’s health is worsening amid his ever-growing financial and legal problems.

“There was an urgent need for Bob Girardi to have the power to engage counsel in the bankruptcy proceeding on his brother’s behalf, and Tom’s court-appointed counsel clearly agreed, as did the court today,” Robert’s attorney told Page Six in a statement.

Tom is also in the midst of a class-action lawsuit over missing funds from the Lion Air settlement. Both Tom and Erika were accused of embezzling the funds to fund their lavish lifestyle. Additionally, Wells Fargo Financial Services sued him for breaching a written agreement and conversation with the bank. Erika is desperately seeking a way to make money amid these growing concerns.