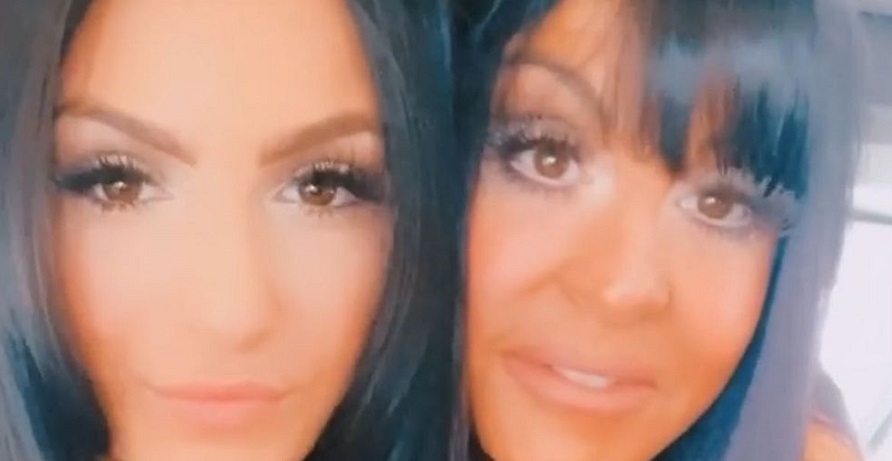 Fans always wonder if reality TV shows such as Unpolished are real or fake and scripted. After a recent Instagram post by Jennifer Martone, however, fans now believe she’s all but confirmed this TLC series is far from reality. In fact, it sounds as if she believes tabloid writers and the editing team of Unpolished aren’t so different.

The Unpolished star took to Instagram to admit she found the stories tabloids were spinning to be amusing. She, however, wondered if they should reach out to the show. Toss an application into the pile. Perhaps tabloid writers and the production team could work together. Seeing as how they had so many ideas on what her life must really be like.

“I can get you a job editing the show.” She declared in her Instagram post. Based on the comments, many took this to mean the editing and production team didn’t tell a very real story of her life either. 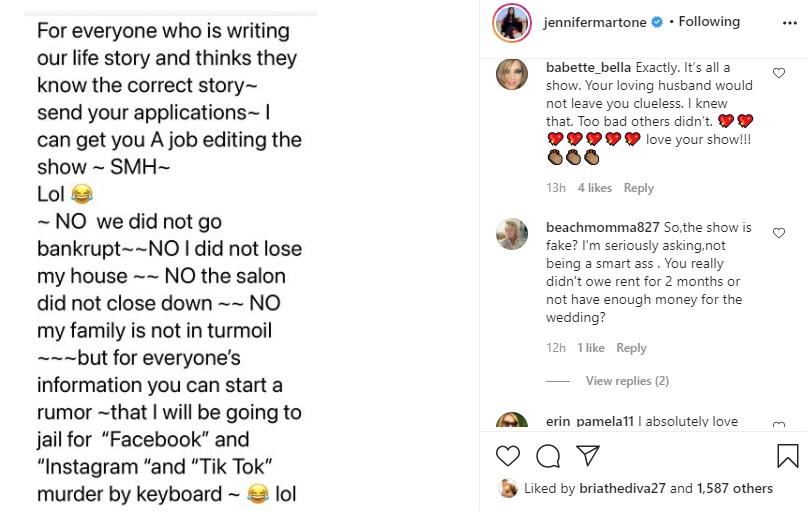 Unpolished Season 2 has been about the emotional and financial turmoil of Jennifer’s family. At least, that is the story fans have been picking up. And, it is what tabloids and media outlets have penned in their recaps.

Jennifer Martone, however, was quick to shut this down. She noted her family was not in any turmoil. Moreover, she insisted they were not hard up for money. Nor did they lose their home or shut down the salon. But, she thought it was amusing tabloids were running with this stories. Even if she insisted they were far from true.

Unpolished fans were all over the place place with their reactions to the post we took a screenshot of above. Many wanted Jennifer Martone to confirm she was actually saying the show was fake and scripted. Others noted it was ridiculous that fans took this show to be the absolute truth of this family. Unsurprisingly, some insisted labeling Unpolished as a reality TV series if it was fake and scripted left a bad taste in their mouths.

“So,the show is fake? I’m seriously asking, not being a smart *** . You really didn’t owe rent for 2 months or not have enough money for the wedding?” One follower questioned.

A second follower explained: “She might have owed rent but that doesn’t mean she is bankrupt, when you own a salon you have your business and personal finances separate, and you treat them separately , she said in the show she had to go into her personal to pay her employees! The show is real.”

A third chimed in: “I’m happy you put it out there. I’m in my late 50’s (not that it has to do with anything), but I haven’t seen what was written on social media. But I’m glad your family is doing well. You have a great support system.”

A fourth individual noted all TLC shows were fake and this news shouldn’t come as too much of a surprise to anyone. The question is simple: Do you think Unpolished is real or fake and scripted? Do you think Jennifer Martone suggested the show was fake?