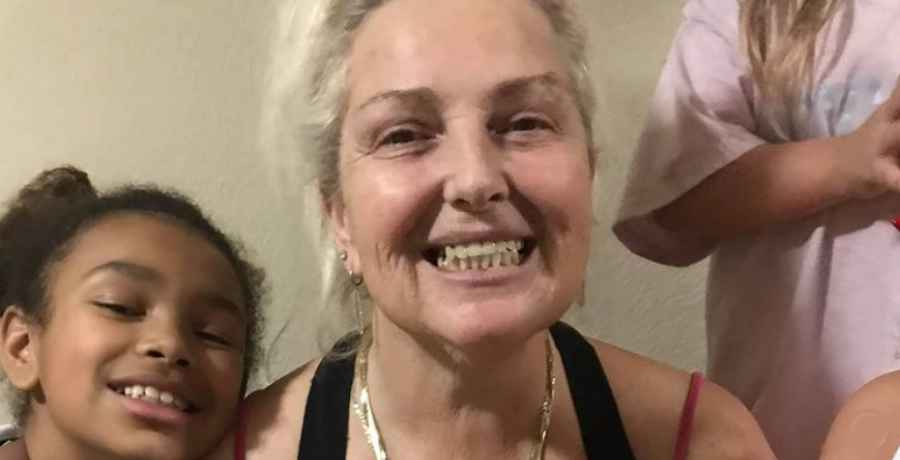 90 Day Fiance star Angela Deem seems to get more beautiful every day. Fans have been following her amazing weight loss transformation. After looking gorgeous in a shimmery dress at Christmas, Angela has now revealed her slim figure in a colorful maxi dress.

On the 90 Day Fiance: Happily Ever After? Season 5 Tell All, Angela told fans she had gained around 20 pounds while quarantining during the COVID-19 pandemic. Even though her hubby, Michael Ilesanmi was dead against the idea, Angela announced that she was having weight loss surgery. While Michael likes to have something to hang on to, there were, of course, the health risks that come with invasive surgery.

Angela’s aim was to lose 100 pounds within three months seems to be coming to pass. Since having the procedure, she is showing off a slimmer body and pretty face. So far, Deem hasn’t told fans how much weight she has actually lost. She also hasn’t mentioned exactly how she went about the weight loss.

In Angela’s Christmas photos, she looked like a new woman. However, she is looking even better in this image shared by a 90 Day Fiance fan page. The dress really shows off her slim physique, while she is obviously enjoying her life.

In the image, included below, the 55-year-old can be seen wearing a colorful, full-length maxi dress. She rounded off her look with a headband while tying her hair into a side braid.

90 Day The Melanated Way captioned the image, “Y’all!!!! Angela in these streets with the glow up!” It seems Angela was out and about on the streets of Hazlehurst with her new glam look and was captured for posterity by her fan.

What do 90 Day Fiance fans think of Angela’s transformation?

One fan raved over the image, writing, “looking good Angela and I love you miss seeing you, you’re the greatest.” Another commented on the post, writing “Angela is slaying.” Yet another fan asked, “Anyone know where Angela’s dress is from? I love it!!”

Some fans wonder if Angela has also had a breast lift. One even joked, wondered how Angela will stuff and “phone and cigarettes” in her bra after losing so much weight. However, with the ongoing COVID-19 pandemic and all, some fans are asking where Deem’s mask is!