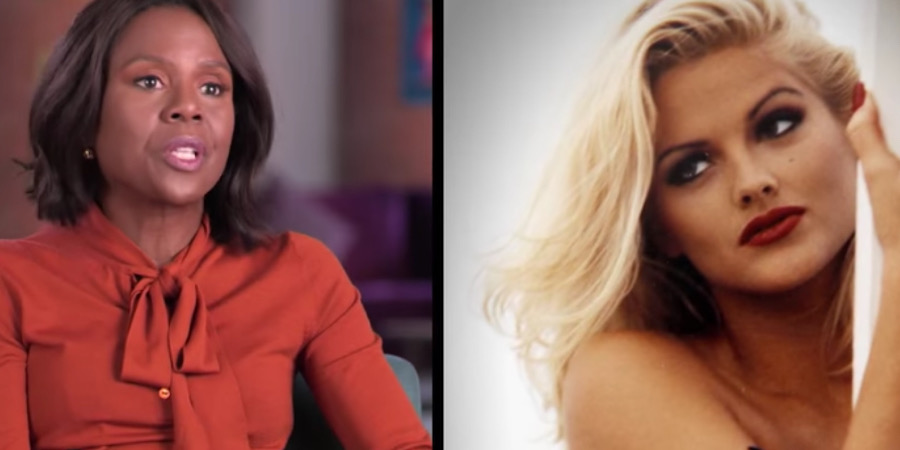 Tonight will be a very special episode of ABC’s long-running 20/20. Keeping with the true crime/mystery theme, the series will look back on the tragic life of model Anna Nicole Smith. However, it will be explored through the eyes of her now-teenage daughter, Dannielynn. But who was Anna Nicole Smith before it all came crumbling down.

Before the world would know her as Anna Nicole Smith, friends and family called her Vicki Lynn Hogan. Born 1967 in Houston, Texas, her parents divorced when she was just a toddler. Her mother remarried and Vicki went to live with her mother’s sister when she was fourteen. High school was not for her so, after she failed her freshman year, Vicki gave up and dropped out the following year. When she was seventeen, she met Billy Wayne Smith. They worked at a chicken restaurant together and ultimately got married. The following year, she gave birth to their son, Daniel. Within a few years, she began stripping. While still married, she met J. Howard Marshall, an oil tycoon who was in his mid-eighties. She and J. had a two-year affair before she divorced Billy.

J. had asked Vicki to marry him repeatedly while dousing her in expensive gifts. Eventually, in 1994, the two wed in Houston, where they met. It took the media by surprise. By the time they wed, she had been in Playboy in 1992 and landed a Guess campaign. That was when she officially became Anna Nicole Smith. Her modeling career had taken off so why was a twenty-something bombshell marrying an almost 90-year-old man? Everyone assumed it was for money but she continued to dispute the claim. A little over a year after they said “I do,” J. died.

Though she was not in his will, Anna maintained J. said she would be getting half of his estate. His son disputed this and it ended up in court. She filed bankruptcy but by 2000, a judge awarded her $449,754,134. That was revoked the following year. In 2005, it went all the way to the Supreme Court. They all agreed Anna could further pursue the matter in federal court. Unfortunately, in 2006, her stepson died so he could no longer fight the battle so his wife took over. But, Anna would not be around to fight much longer as her time was coming to an end. She had always seemed a little loopy but it was part of her charm. Fans loved her aloof personality on E!’s The Anna Nicole Show which ran for two years.

Prescription pills were her thing and, in 2006, she was diagnosed with Borderline Personality Disorder. But, happiness was around the corner when she announced she was pregnant in 2006. No one knew who the father was and she ended up saying it was her longtime attorney, Howard K. Stern. However, Larry Birkhead claimed he was  the dad and they had been romantic for awhile. Many others came out but the excitement and happiness was short-lived.

The Tragedy of Anna Nicole Smith-Made For 20/20

Right after Anna gave birth to her daughter, her son was found unresponsive in the hospital. He had passed away from a combination of methadone, antidepressants, and more. This destroyed Anna to the core. Stern recalled that Anna said she died the week Daniel did. To avoid a paternity test after Stern said he was the father, despite what others were saying, he and Anna had a commitment ceremony. They also stayed in the Bahamas. Sadly, it was not enough and Anna’s heart could not even be healed by her daughter, whom she named after her daughter and late husband, Dannielynn Hope Marshall Stern.

Five months later, Anna was found dead in her hotel room at the Seminole Hard Rock Hotel and Casino in Hollywood, Florida. She died of “combined drug intoxication” and an accidental drug overdose with all of the prescriptions in Stern’s name. Ultimately, a DNA test proved Larry Birkhead was the father of Dannielynn and he has been raising her since she was a baby. He has upheld many traditions he had with her mother, including the Kentucky Derby where they met.

Tonight on 20/20, Dannielynn will visit her mother’s most influential places and Larry will talk about Vicki behind Anna. You can watch it on ABC at 8pm or Hulu tomorrow morning!

‘Days Of Our Lives’ EXCITING Comings & Goings: Johnny DiMera All Grown Up – Rex Brady Back
Kendall Jenner Flaunts Her Goodies In Barely-There Green Ruched Bikini
ANOTHER Roloff Baby Is Coming! Who Is Pregnant Now?!
Audrey Roloff Tells All: Does She Want More Kids After Number Three?
Is Isabel Roloff Worried How Pregnancy Will Impact Her Eating Disorder?