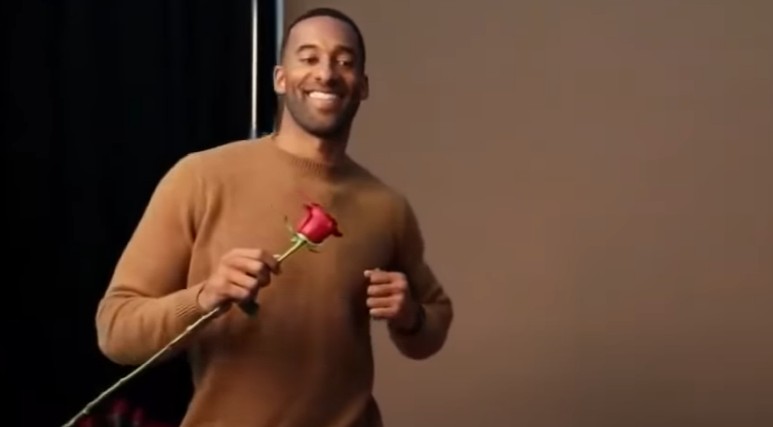 Many fans were disappointed when there was no After the Final Rose during Tayshia Adams season of The Bachelorette. And, there were only a handful of men available and present for the Women Tell All. This left many wondering about what would happen involving Matt James season of The Bachelor. As it turns out, there will be a Women Tell All. And, while it won’t be live, there will be an After the Final Rose. So, what can fans expect from these two specials?

What fans can expect on these two Matt James Bachelor specials

Reality Steve shared details about Matt James Women Tell All and After the Final Rose specials. Bachelor fans love these two specials. They allow the women to hash things out, get closure with the lead and also share updates on the final two. According to Steve’s blog, Matt’s Women Tell All Special is supposed to film soon. He assumes the women participating will be flown in to quarantine a week before filming. Then, most likely only a number of women will be participating.

During Tayshia Adams Men Tell All there were not very many men there either. The Covid-19 pandemic changed the way the show operates.  There is no word yet which women will be there. However, many are expecting to see Victoria Larson and Anna.

Entertainment Tonight spoke with Matt who says he is expecting the worst when it comes to the special and Victoria. He said, “[I’m expecting] the very worst, you know? I would hope that, at this point, watching it back, you kind of have a better grasp of your actions and maybe accountability for some of the name-calling and whatnot, but the bar is very low, unfortunately.” Matt continued saying he isn’t setting his expectations for her very high.

On her way out the door, Victoria said she will never again date anyone named Matt. His response to that is, “It’s unfortunate, a lot of Matts are gonna miss out on a Queen, and… that’s something they’re gonna have to take on the chin.”

Since wine isn’t enough this season. 😉 Thanks for watching #TheBachelor! pic.twitter.com/CPWT4AtSNs

After the Final Rose

Reality Steve also says there will be an After the Final Rose for Matt James season. The special will not be live as it has in the past. However, fans were disappointed when one didn’t air for Tayshia and Zac so anything is better than nothing. The special will most likely tape towards the end of February. Matt and his final two women will be participants no doubt. They will have to quarantine prior to the show being taped. There’s no word exactly how the show will handle the social distancing requirements.

And, perhaps it will be at this point the new Bachelorette will be introduced. Nobody is quite sure who it will be. The only hint so far is that it will be a woman from The Bachelor franchise.

Who would you like to see as the new Bachelorette? Anyone from Matt’s season?