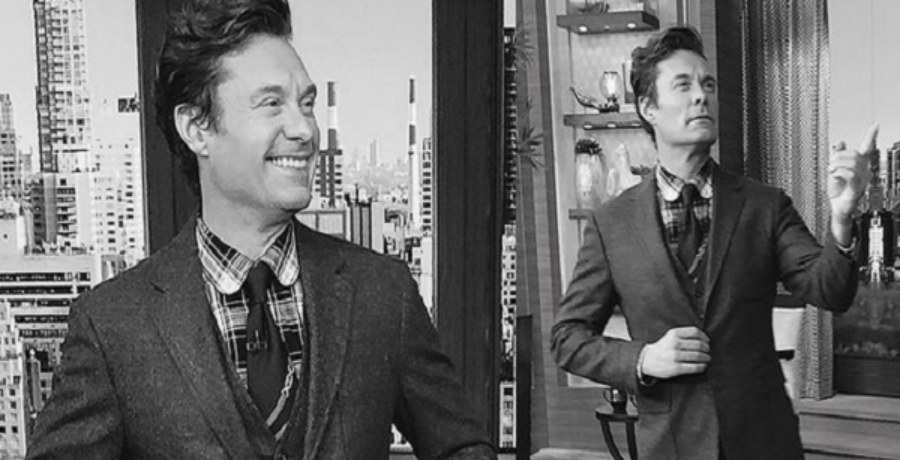 Ryan Seacrest quit his long-running hosting job. He will no longer be part of E!’s Live From the Red Carpet. He is ending his hosting duties after 14 years. The American Idol host made the announcement on Instagram. Seacrest thanks his fans and followers for their support over the years.

As people know, Seacrest is one of the hardest working men in show business. He is the host and producer of many shows. Seacrest is also responsible for making Keeping Up With the Kardashians what it is now. But even that E! show is coming to an end.

Does that mean that Live From the Red Carpet will no longer be part of pop culture fixture?

On Thursday, February 4, Ryan Seacrest posted a photo of himself from E!’s Live From the Red Carpet. In the post, he thanked his fans for their support. Seacrest announced that he will no longer host the show this coming awards season.

“After 14 years of hosting E!’s Live from the Red Carpet I’ve decided to move on to new adventures,” Seacrest wrote in the caption. “I’ll miss the whole crew that works so hard behind the scenes and of course my amazing partner Giuliana. Thanks to everyone for watching all these years.”

Seacrest’s post received over 18,000 likes. He received a lot of support from both his E! and Bravo family. Brad Goreski wrote: “You are a legend Ryan!” E! Host Jason Kennedy commented: “It was a pleasure brother.” The Real Housewives of Beverly Hills star Lisa Rinna added: “#Icon” along with the red heart emoji.

This announcement comes after the growing questions over Seacrest’s health after missing several appearances on Live With Kelly and Ryan. There was also speculation that he suffered a stroke on the morning show. It appears that Live From the Red Carpet will go on without him. Seacrest confirmed that his co-host, Giuliana Rancic, will still be a part of the show.

Ryan Seacrest is a man with many jobs. And it’s hard to keep up with them. The rumors started flowing as soon as Seacrest made the announcement. One fan commented, “Time for a big change…Fatherhood.” Another added, “Good for you enjoy life. Don’t let it pass you by with working all the time.”

But most fans are worried about Seacrest’s health. The Blast reported that he missed a few days on his morning show. He had to test for COVID-19 after coming down with a mysterious illness. Thankfully, the results were negative. But this isn’t the first time that Seacrest made headlines for his health.

During an at-home taping of the American Idol finale, many fans noticed that one of his eyes looked swollen. His speech and appearance made rumors swirl that he suffered a stroke. But Seacrest’s rep immediately shut down the rumors.

“Ryan did not have any kind of stroke,” the statement read at the time. “Like many people right now, Ryan is adjusting to the new normal and finding work-home balance, with the added stress of having to put on live shows from home.”

Since Ryan Seacrest made the announcement, E! Network released a statement.

“E! has enjoyed our relationship with Ryan over the years especially as co-host of E!’s signature red carpet series,” the network said on E! News. “He has been instrumental in giving viewers a front-row seat to some of Hollywood’s biggest nights. We are extremely appreciative of his many contributions and he will always be part of the E! Family.”

In the meantime, E!’s Live from the Red Carpet will kick off awards night on Sunday, February 28 at the Golden Globes.

Are you surprised by Seacrest’s announcement? Sound off below in the comments.