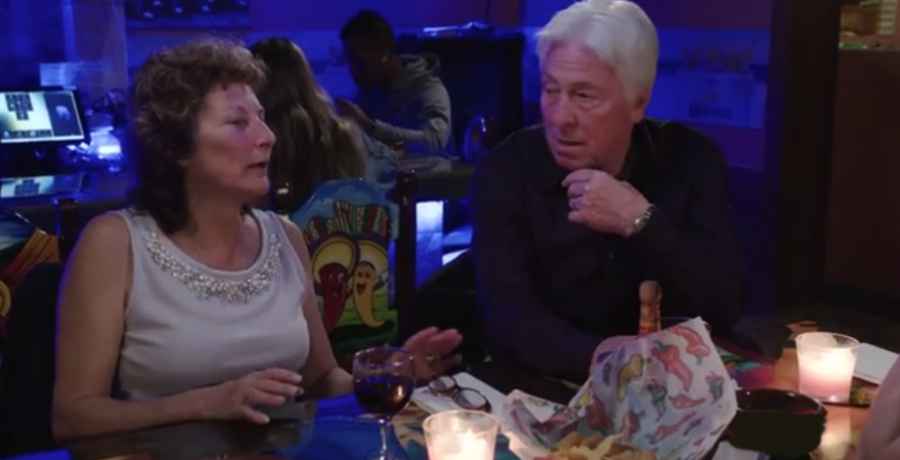 As Season 8 of 90 Day Fiance continues, cast members are certainly having their problems. This is especially so for Brandon Gibbs and his Russian fiancé Julia Trubkina. In their case, Brandon and Julia have been forced to stay on Betty and Ron Gibbs’ farm and Julia has had enough. Now rumors are flying that, despite their prissiness over the young couple, Brandon’s parents might be swingers.

Admittedly, it is good that Brandon’s parents are invested in who their son will marry. However, their interference in Brandon and Julia’s relationship is a true problem. In fact, Julia has threatened to return to Russia unless Brandon takes them off the farm.

As fans know, Betty and Ron Gibbs have always had an issue about Brandon and Julia sleeping in the same room. They feel it is wrong for them to have sexual relationships prior to marriage. They are sticking to their guns, forcing Brandon to have to sneak into Julia’s bedroom at night. If the rumors that are doing the rounds of them being swingers are true, this is pure hypocrisy.

Are Ron and Betty Gibbs swingers?

How did the rumors of Brandon’s parents being swingers come up? The subject was raised on the 420 90 Day Fiance podcast by someone who claims to have worked with Brandon’s mom in HR. The person claims that Ron and Betty used to go on swingers’ cruises, which some people didn’t even know was a thing. While the rumors haven’t been proven, the person said Brandon’s parents used to go on the swingers’ cruises and leave high-school student Brandon at home alone.

As intimate relations between Brandon and Julia seem to be the biggest concern for Betty and Ron, fans believe this could make sense. While there is no proof as yet, the thought of the couple having this dirty little secret is almost too good to be true for 90 Day Fiance fans.

Could 90 Day Fiance stars Betty and Ron be doomsday preppers?

It seems the swingers rumor isn’t the only one doing the rounds about Betty and Ron. A source has claimed that Brandon’s parents are doomsday preppers. They believe this is the true purpose of the family farm.

However, one of the Gibbs family’s main things is raising German shepherd puppies for sale. Also, fans know Julia is free labor on the farm, caring for the farm animals. These facts don’t really reveal any evidence of the Gibbs’ prepping for the apocalypse.

Will Julia return to Russia?

When it comes to Brandon and Julia, it looks like the only thing standing in their way is his parents. Julia has regularly explained how much she dislikes being free labor on the farm. However, Ron and Betty are encouraging her to do so.

However, as Julia said herself, she hates waking up alone and spending time at the farm mostly by herself. This gets too much for someone who is not yet ready for life in America. Brandon has been given the ultimatum to find them somewhere else to live, or she will leave. Judging from their posts on Instagram, they are still together, but who knows, Betty and Ron might finally drive Julia from their son’s life.

Oh No! What Has Hazel Busby So Upset In This Heartbreaking Photo?!
Savannah Chrisley‘s Latest Project DRAGGED For Lack Of Plus Sizes
Duggar Fans Impressed By Derick Dillard’s Hidden Talent: See Photos
Vernon Davis Discusses Biggest Hurdles On ‘Dancing With The Stars’
Paris Hilton Joining ‘RHOBH’ Would Be ‘Hunky Dory’ With Fans, But Will She? Kathy Spills All