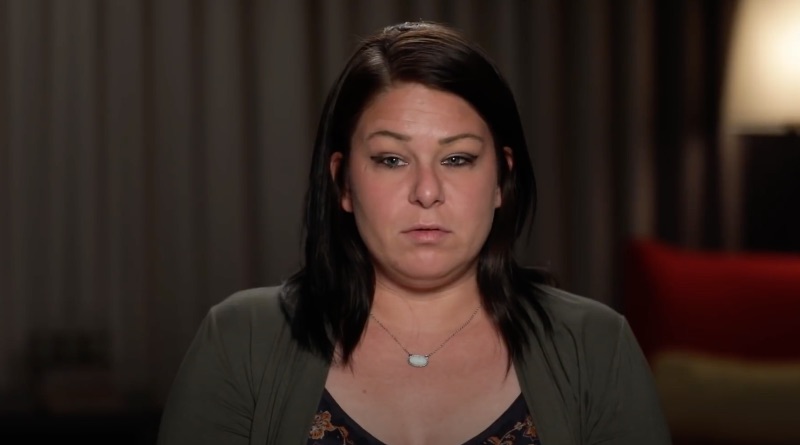 Life After Lockup spoilers reveal Kristianna Roth gets out of prison early. This is an unexpected curveball as John Miller and her sister, Terra, get friendly with one another.

Life After Lockup: Kristianna Roth Out of Prison

Life After Lockup spoilers say Kristianna Roth gets out of jail. She turned herself in on the previous season of Love After Lockup after escaping from her halfway house. Meanwhile, she worried about how long she’d be back behind bars. But it looks like she will be a free woman once again.

Kristianna Roth and John Miller had a quick wedding ceremony on the day she got out initially on Love After Lockup. They both seemed ready to begin their lives together. But things took a turn when Kristianna bailed on her halfway house. And this sent John scrambling to find his new wife. And because she had to go back to jail, this put their future as a couple in jeopardy.

When John Miller got together with Kristianna Roth, it was seemingly a packaged deal. In addition to moving Kristianna into his home, he also moved in her mother and sister. And even after Kristianna turned herself in and went back to jail, they kept the same living arrangement.

Meanwhile, John Miller and Terra have been getting friendly in recent weeks. And it’s clear that Terra wants to be more than just John’s sister-in-law. John said in recent episodes that Terra stepped up into more of a “partner role” since her sister has been behind bars. John added that she does a lot around the house. But even Kristianna’s mother thinks there’s something strange going on between them.

Someone is always caught in the middle. #LifeAfterLockup is all-new this FRIDAY at 9/8c! pic.twitter.com/4D8w0VhQ01

Will Things Change with Life After Lockup Star Out of Jail?

Based on the latest Life After Lockup leaks, John Miller was spotted out and about with Kristianna Roth in Las Vegas. And she has a baby on the way to boot. So, that’s a strong indicator of where their relationship is at currently. Still, there’s a lot of drama ahead in this situation playing out in current episodes.

WEtv has a history of playing up love triangle storylines. They did it first with Michael Simmons, Sarah Simmons, and Megan Nash. Then, the network pulled it off again with Lacey Whitlow, Shane Whitlow, and John Slater. Meanwhile, based on the latest Life After Lockup teasers, it looks like they are going for it again with Kristianna Roth, Terra, and John Miller.

Certainly, it’s worth watching to see what happens once Kristianna is back in the mix – as well as whether or not the sisters will fight over John once they’re all living together under the same roof. Either way, this sets the stage for a lot of drama ahead as Kristianna gets ready to resume life on the outside once again.